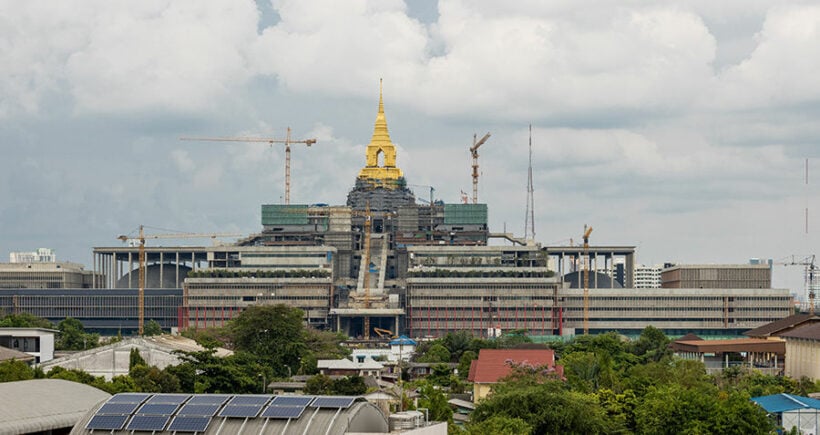 Security is being tightened to the highest level around Thailand’s new parliament building, in advance of Thursday’s planned anti-government protest. The protest was announced on Sunday as the weekend’s anti-government rally came to an end around Sunday lunchtime. Additional measures to beef up security include the readying of an evacuation helicopter, in the event that officials need to “take flight”. But, in a gesture of goodwill, the government is planning to lay on food stalls and toilets for the protesters.

The Sappaya-Sapasathan building, where officials plan to debate a re-writing of the constitution, is not yet finished, with Assembly Secretary-General, Sorasak Pienwech, pointing out the facility cannot currently cope with thousands of protesters. He has put forward a tongue-in-cheek suggestion that protesters delay their rally by about a year.

“If the mob waits for a year, everything will be better.”

According to a report in Coconuts, Sorasak says the increased security around the building will in no way prevent protesters from exercising their right to freedom of speech. In addition to the helicopter on standby, extra police officers are being drafted in, as well as a 24 hour security patrol along the Chao Phraya River.

The Sappaya-Sapasathan building was announced as the site for Thursday’s rally by protest leader Parit “Penguin” Chiwarak during the weekend. Part of the group, the United Front of Thammasat and Demonstration, he says the protest at the new home of the Thai parliament aims to pressure the government into making real change as it debates the re-drafting of the country’s constitution, which is scheduled to start on Wednesday afternoon. The existing charter was penned by the military government and voted on in a 2017 referendum. It was widely seen as a document which cemented much of the NCPO’s power and to maintain a quasi democracy in Thailand for the next years. The reform of the Thai charter is one of the key demands of pro-democracy activists.

A mass protest over the weekend attracted around 30,000 supporters and passed off peacefully. However, the protest leaders now face charges of violating the country’s strict lèse majesté law, which prohibits criticism of the Thai monarch or royal family. Several are also expected to be charged for installing a commemorative plaque at an historical site (Sanam Luang) without permission. The plaque carried a declaration that Thailand, “belongs to the people”, but was removed the same night after it was installed, although no one has yet claimed responsibility for the removal.