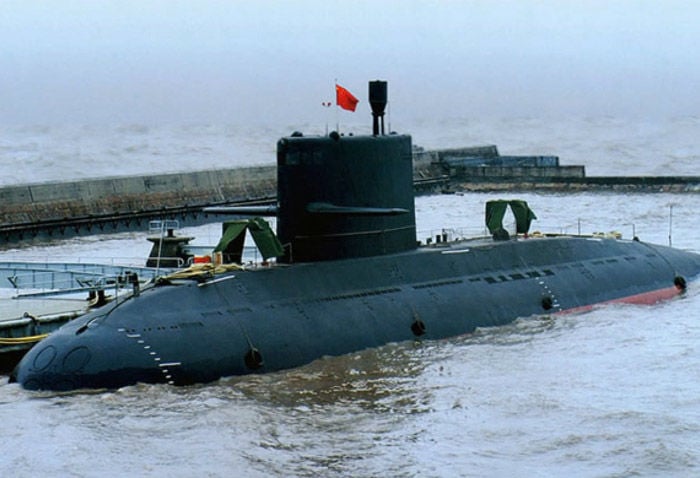 After the outcry over a house budget committee’s decision to approve the purchase of another 2 Chinese submarine’s last week, the Royal Thai Navy will front the media today to explain the controversial 22.5 billion baht acquisition.

A Royal Thai Navy source has told Thai PBS World that “a clarification is necessary”, because members from the Pheu Thai party had published misleading information about the purchase.

Pheu Thai Party members question the Navy’s use of taxpayers’ money to buy 2 Chinese submarines under the present circumstances, when Thailand’s economy continues to be in bad shape. They claim the money would be better used to improve the people affected by the economic crisis brought on by the pandemic and the Thai government’s lockdowns and border closures.

3 years ago the, then, NCPO were forced to defeat the purchase of a 13.5 billion Chinese submarine, batting back criticism about the secrecy of the deal, its high cost and the questionable utility of the warship in the shallow waters of the Gulf of Thailand. At the time, the submarine sale was the latest defence deal between Beijing and Bangkok, as Thailand pivoted towards better relations with the Chinese since the 2014 military coup.

Thailand had scooped up over 20 Beijing-built army tanks since the coup.

Pheu Thai party members claims the contract, signed by then Navy Commander-in-Chief Admiral Luechai Rootdit, is not a government-to-government agreement and is “invalid” because it was not signed by the Thai Defence Minister (the PM), representing the Thai Government. Last Friday, the sub-committee meeting to approve the budget allocation for the submarines descended into a shouting match and members were told to “pause” for a break before taking the vote.

The Navy will also explain the strategic need for Thailand to buy the submarines and that it won’t need any additional taxpayers’ money. They say they are only using funds already allocated by the Government to purchase the submarines and intend to postpone plans to procure additional surface ships and aircraft.