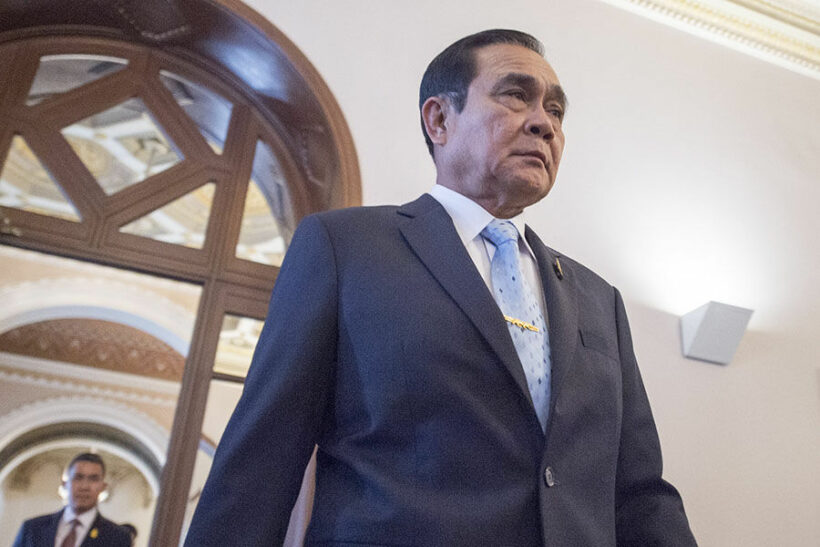 PHOTO: Flickr/Chairman of the Joint Chiefs of Staff

The future of PM Prayut Chan-o-cha and that of the ruling Palang Pracharath Party is in question due to the return of the 2-ballot voting system. The Bangkok Post reports that Parliament has approved a charter amendment bill that proposed a return to the system. According to the report, the voting system could prove an advantage to the Pheu Thai opposition party in the next election.

The move comes following the removal of Deputy Agriculture Minister Thamanat Prompow and Deputy Labour Minister Narumon Pinyosinwat from their posts last week, both of whom are close with Deputy PM Prawit Wongsuwon, who is also leader of the ruling PPRP. Thamanat has been accused of orchestrating a campaign to remove the PM and according to the Bangkok Post report, his time with the PPRP could be about to end.

Speaking to the Post, Stithorn Thananithichote, from King Prajadhipok’s Institute, says Thamanat and Prawit may have proposed a return to the 2-ballot system as a way of hindering parties like Move Forward, which is proving popular with younger voters.

“While they could not stop major parties like Pheu Thai, they can thwart the MFP, whose predecessor – the Future Forward Party – benefited from the single-ballot system in the previous election.”

Sithorn adds that support from 250 senators could still afford the PM another term. The senators were appointed by the now-defunct National Council for Peace and Order, which the PM headed up, and Sithorn believes that if he can heal the rifts within the PPRP, he could secure enough support for another term.

Sithorn also believes Pheu Thai could lose a substantial number of votes to the MFP at the next election, with Pheu Thai MP Sutin Klungsang agreeing a landslide victory as happened previously is not guaranteed.

Meanwhile, the deputy leader of the Democrat Party, Nipit Intharasombat, has told the Bangkok Post that the PM will remain in power until the law on elections is ratified, but after that is likely to call an election.

“I don’t think the PM will want to serve another term given that he will face fierce resistance.”

Shade_Wilder
1 hour ago, HolyCowCm said: If they change it one way, it will be rigged another way. 250 free senate votes needs to be done away with. Now my take is it doesn't matter who is PM on that side…

Poolie
14 minutes ago, Shade_Wilder said: The real wildcard in all this is the Thai people. It is hard to argue that a lot of crap hasn't been dropped on them from above, but the assumption that they have been cowed…
HolyCowCm
1 hour ago, Shade_Wilder said: Good post, but I disagree a bit...   Much has been said about the 250 Senators having a voice in the selection of a new PM, but I am convinced that that is overblown and…

riclag
3 hours ago, Shade_Wilder said: The international community dubbed the last election "Free but not Fair" due to... ahem... er... 'irregularities' on behalf of the Junta. If the same people decide to cheat again, the system used simply won't matter.…

AdvocatusDiaboli
Maybe this song by Kris Kristofferson was written about Prayut Chan-o-cha, just hope there are not too many wrong directions left with this guy.   But if this world keeps right on turnin' for the better or the worse, And all he…