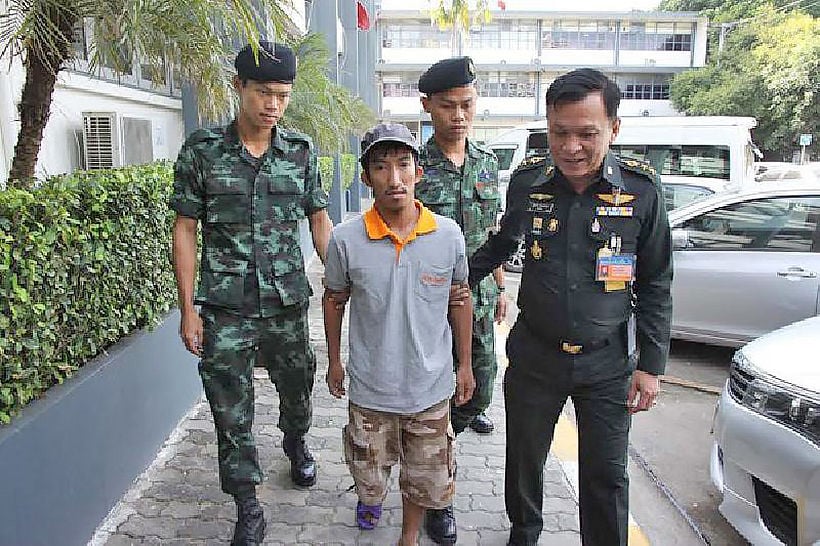 Activist Thanet Anantawong has been acquitted of national security and computer crime charges after being detained for almost 4 years. He was charged over 5 Facebook posts made in 2015, criticising the now defunct National Council for Peace and Order, and the army.

The posts were critical of the late Privy Council president and former PM Prem Tinsulanonda, and the army, for the death in custody of Suriyan “Mor Yong” Sucharitpolwong, who was accused of insulting the monarchy. The army claimed he died of a “bloodstream infection.”

Thanet also alleged corruption at the army-run Rajabhakti Park in Hua Hin. Some of the posts encouraged people to float kratong (traditional Thai floating offerings) to expel dictatorship, and to wear red shirts to the park as an act of protest. The charges claimed the posts caused people to dislike the government, leading to protests to topple it.

Lawyers for Human Rights, who handled the case, say the court reasoned that while Thanet may have had different views from those in power at the time, he acted constitutionally. Quoting a translation of the verdict, they say…

“The court believes his expression of opinions was not intended to stir up sedition or disobedience among people to the extent it could cause unrest in the kingdom or law violations. It was legitimate free speech. Since the witnesses and evidence of the plaintiff do not carry sufficient weight to warrant a guilty verdict, we’ve dismissed the charges.”

It’s been 4½ years since Thanet was charged, and he was detained for 3 years and 10 months, or 1,396 days, including for the “offence” of boarding a train to the Rajabhak Park in Hua Hin as a symbolic gesture against alleged corruption in the park’s funding by the army. His case was tried in a military court but only 3 witnesses were heard. Since he failed to report when summoned (but changed his mind later), he was denied bail.

The case was then transferred to a civilian court last year, delaying the trial by almost a year. The hearing of all witnesses finally ended in May.

While in custody he lost his father and was not permitted to meet with him before he died.

Now 30, Thanet is from the central Uthai Thani province, north of Bangkok. His mother died when he was 8 and he worked as a labourer for several years like his father. After competing primary school he worked as a motorcycle taxi driverin Bangkok. He joined the red-shirt protests in 2010 and was jailed for a year for breaking the emergency law at the time.