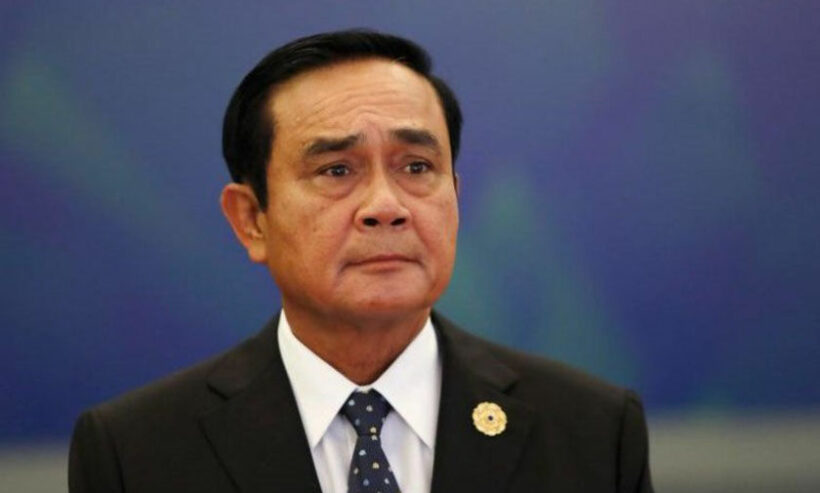 Thai PM Prayut Chan-o-cha says his administration is willing to hold a forum this month to give anti-government protesters a chance to air their grievances. But he’s drawn a line in the sand about the airing of “certain demands” for reform, viewed by some as criticism of the Thai monarchy. The PM is urging those protesting to remain within the boundaries of the law, warning them that they are not immune to prosecution otherwise.

His remarks come following a large rally on Monday night at Thammasat University’s Rangsit campus, just north of Bangkok. According to a report in Khaosod English, the PM accuses those in attendance of having gone too far. He says the university must take responsibility, while pointing out that the media also has a role to play.

“I’m monitoring every development and I’m not comfortable. It’s their right to protest, but this one has gone out of line. Answer me, the media must also suggest how to keep our country in order and overcome the Covid-19 pandemic together. Is it appropriate? What should we do? Where is the law? Don’t say that we use law to oppress them since everyone must be prosecuted if they violated the law.”

Since mid-July, anti-government protests have been gaining momentum around the country, with activists citing 3 demands: the dissolution of parliament and new elections, constitutional reform, and an end to the intimidation of government critics. Around 10,000 protesters showed up at the Thamassat University rally, making it one of the largest so far, although police dispute the figure, claiming only about 2,500 were in attendance.

Following the PM’s criticism the deputy dean of the university, has issued an apology, saying that while the university did give permission for the rally to be held, such events must take place within the confines of the law. He adds that in future, such rallies will be more closely vetted.

“Organisers should exercise caution on sensitive matters that could lead to social division. As it appeared that some of the contents crossed the line, myself as the deputy dean who approved the assembly can’t deny responsibility for what happened.”

However, protest leader Jutatip Sirikhan, from the Student Union of Thailand, says the university gathering was not connected to the 3 demands of anti-government protesters, adding that the government will be the primary target at a rally being held at the Democracy Monument in Bangkok this Sunday (nice free plug!).

“We will be focusing on the new charter. If the new constitution is drafted, anything can be said.”

No arrests have resulted from the Thamassat rally at this stage, police say they continue to monitor developments. They are believed to be focusing in particular on the activities of human rights lawyer Anon Nampa, and student activist Panupong Jadnok, both of whom are out on bail and are reported to have attended both the Thamassat gathering and another protest in Chiang Mai province.