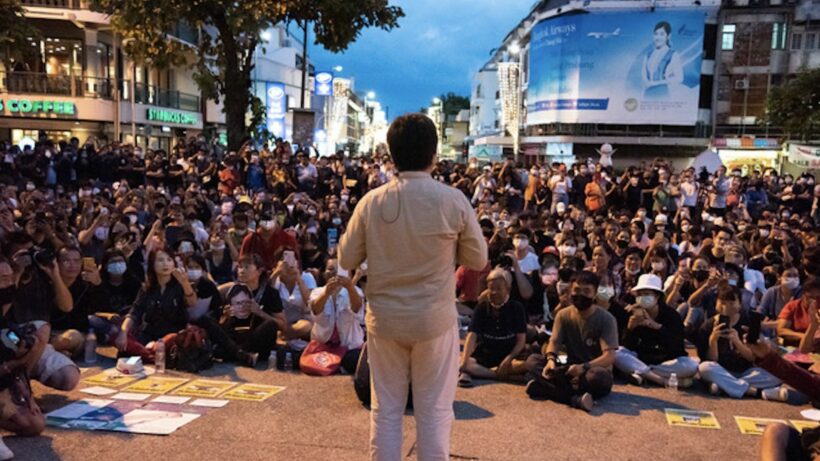 by guest writer Will Langston

By 4pm late yesterday afternoon, the historical Tha Pae Gate in Chiang Mai was packed with uniformed and armed police officers as they prepared for a speech from Anon Nampa, who was released on bail just a day before after his arrest in Bangkok over “sedition” charges in dramatic circumstances last Friday.

Anon Nampa was arrested on Friday evening on multiple charges including sedition. He was released on a 100,000 baht bond on the condition that he doesn’t repeat his actions. Anon’s speech, a week before at a Harry Potter-themed pro-democracy demonstration, was peppered with criticism of Thailand’s monarchy, traditionally a ‘no go’ area for politics, social media, even protests.

By 5pm in Chiang Mai, the crowd had grown to a few hundred and paper masks of Nampa’s likeness began appearing throughout the lively crowd. The police were keeping a close eye on the situation.

“No trouble today,” one masked police officer said while watching the crowd. “Just music and talking; no problems,” he commented on the growing crowd assembling at the gate.

Police presence has become a routine part of the growing rallies in Chiang Mai and other parts of the country. Police had parked trucks with loud speakers attached close to the assembling crowd. Throughout the event, police would periodically use their loudspeaker to issue warnings to the crowd and try and break up the rally. At least 50 uniformed police officers dotted the outskirts of the crowd.

Before Nampa spoke, there were musicians, spoken word, dance performances and testimonials from other activists. Participants cheered and held rubber chickens and protest-signs in the air. The crowd was also encouraged to sign a petition for changes in Thai law. The line for signatures remained lengthy throughout the night.

At around 7pm, the speaker of the moment handed the microphone to a figure wearing a mask with the image of Anon Nampa printed on it. The masked figure stood still while the applaus loudened. The figure then slowly took his mask off to reveal Anon Nampa, himself. The crowd of supporters cheered wildly.

Nampa gave a powerful speech. He spoke of reconsidering the royal power law that affects Thai people. He spoke about amending the lese majeste laws to be more in line with democracy. Nampa’s last point was to listen to the voices of the students and the public who express their political views. The participants punctuated his pauses with clapping and cheers.

After about 20 minutes of speaking, Nampa took a bow and quietly slipped away. The crowd erupted once more with applause and then began dispersing into the warm night.

Although police watched over the event there were no arrests made at the time. 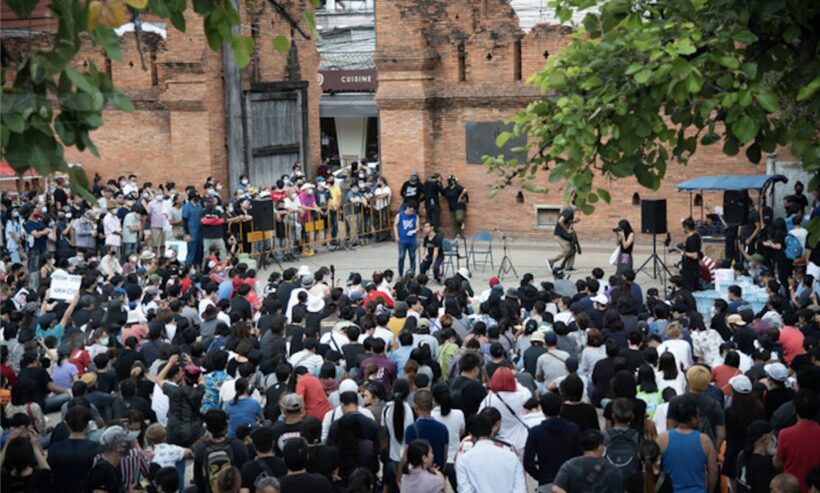 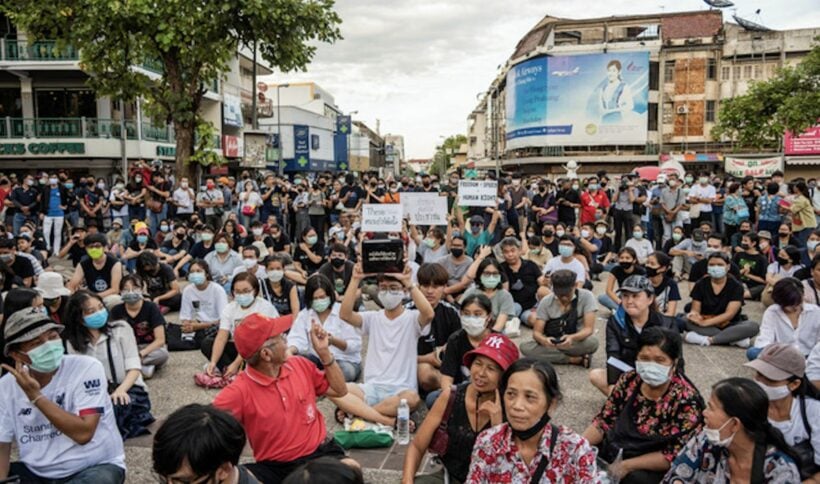 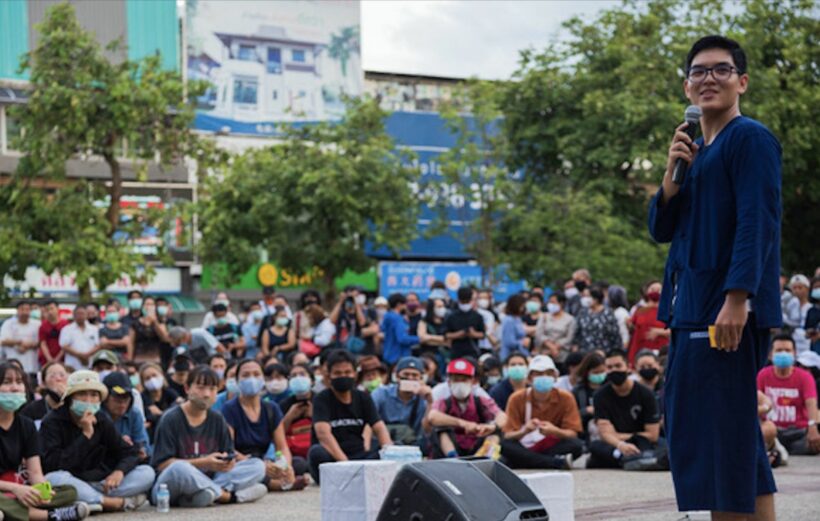