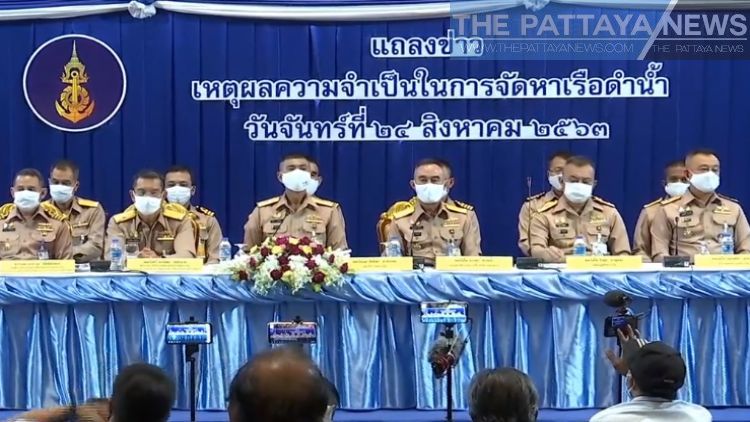 “…disputes involving territorial and maritime claims in the South China Sea have been ongoing, with major powers getting involved”

After coming under criticism over the weekend over the decision to go ahead with the purchase of 2 Chinese submarines, the Royal Thai Navy faced the media yesterday. The hashtag #PeopleSayNoToSubs has been trending since the budget allocation was passed by the subcommittee last Friday. Delivery of the first of the planned 3 submarines is expected in 2023.

The Navy are defending the planned purchase of the 2 additional submarines, valued at 22.5 billion baht from China, claiming that the criticism is partisan and is being used for political gain.

They compared the number of submarines in service, or being purchased by neighbouring nations to argue its need for a “strong submersible fleet”. Vietnam has 6, Indonesia has 5 and another 4 on the way, Malaysia has 2, Singapore has 4 with 4 on order. Even Myanmar has one.

The navy defended the purchase saying that it was transparent and the allocation will come from the navy’s budget, spread over 7 years. In yesterday’s media conference, the Navy also explained that the government instructed the navy to return some of its budget, some 4.13 billion baht, back to the government to support efforts to tackle the Covid-19 crisis.

Yutthapong claims that the Thai PM, or the foreign minister, can legally represent the government in such deals.

“We will not let politicians use false information to create hatred of the navy. Don’t politicise the issue. If you, politicians, run out of ideas to fight against the government, just look for others, but don’t use the submarine issue.”

The vote to go ahead with the purchase of the additional 2 submarines last Friday was tied at 4 votes on each side. The Chairperson of the sub-committee had to cast a deciding vote.

The Navy conceded that, although major wars are unlikely to break out anytime soon in the region, “disputes involving territorial and maritime claims in the South China Sea have been ongoing, with major powers getting involved”.

Deputy PM Prawit Wongsuwon said yesterday that there had been no lobbying to get the2 submarines approved by the panel.

Following the Navy’s media gathering, a Pheu Thai spokesman dismissed the navy’s explanation as being “of no consequence” and said the party would not step back from the issue. 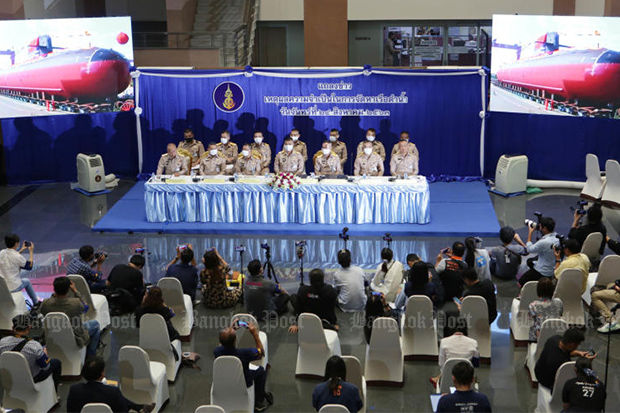