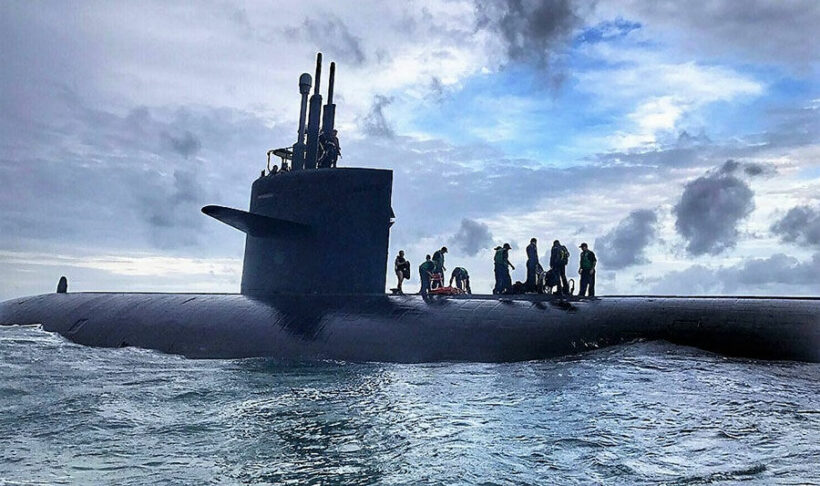 With a recent poll revealing that one of the public’s biggest concerns is the government’s decision to spend billions of baht on 2 submarines, many will welcome the news that officials have decided to shelve those plans… for now. If not the polls, the outrage on social media was a good indication about the public mood over the matter.

The survey, carried out by Suan Dusit Rajabhat University, shows that the controversial purchase of 2 more submarines from China, and the ongoing political unrest, are 2 of the biggest worries among the general public right now.

This morning, the Bangkok Post reports that the government has now decided to postpone the purchase, which would cost around 22.5 billion baht, with China agreeing to a delay of a year. Thailand has already bought the first of 3 subs from China, which is expected to be delivered in 2023, and was funded by the 2017 budget.

Payment for submarines 2 and 3 would be spread in instalments over 7 years, with Suphon Fongngam from the governing Palang Pracharath Party overseeing the sub-committee examining the budget. With China agreeing to delay the deal for a year, the government has cut 3 billion baht from the budget for the first instalment. The Royal Thai Navy says the decision to postpone procurement came from the PM, Prayut Chan-o-cha, following discussions with China.

Yuttapong points out that only the PM or Foreign Minister can sign such an agreement, and, in the case of the submarines, it was signed by a senior member of the Royal Thai Navy, who was not authorised to act on behalf of the government. Similarly, he says the Chinese company who signed was not authorised to represent the Chinese government.
Pheu Thai are considering petitioning the Constitutional Court regarding the legality of the deal, should there be any attempt to go ahead with it.

The Royal Thai Navy has defended the planned deal, saying the submarines have an essential role to play in protecting Thailand’s maritime security.