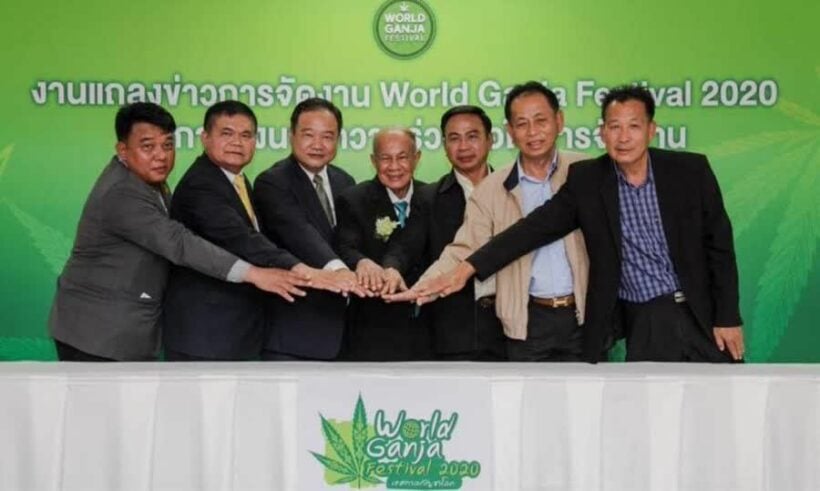 Following the liberalising of cannabis laws, related to medical use of the drug, marijuana is now being seen as a potential cash crop which which could benefit Thailand’s economy. The Association of Researchers of Thailand is now joining members of the public and the private sector to organise the World Ganja Festival 2020.

The event will be held in Mukdahan, in far north-east Thailand, near the Laos border.

The Association of Researchers of Thailand has signed an agreement with the Thai Nationalism Foundation, the Journalist and Media Association of Thailand and provincial administrative organisations of Nakhon Phanom, Sakon Nakhon and Mukdahan to hold the World Ganja Festival between January 29 and February 2 next year.

The venue is on 40 acres of land near Nong Yat Reservoir in Nakhon Phanom province.

Gen. Charan Kullawanit, an honorary adviser to the World Ganja Festival project, says that the festival is being held for the first time in Thailand, and will serve as a platform for people to exchange their knowledge of cannabis for medical use. The event will also help promote Thailand as a developer of top quality marijuana strains, which will contribute to the country’s economic growth.

“We’re the main host. Thailand’s the main host. We’re deciding who we will invite. The association chairperson said there’ll be Chinese, Japanese and American guests. They once opposed the idea. We’ll invite them so we can listen to their academic ideas, presentations and statements. We’ll see how the event will benefit the global community.”

The World Ganja Festival 2020 will be divided into three zones, covering academic seminars, technological innovations and business negotiations, as well as local wisdom from each province. The event will also feature a product design competition and music festival.

The event organisers say the World Ganja Festival 2020 will create new opportunities and provide a better understanding of cannabis and its legal aspects.