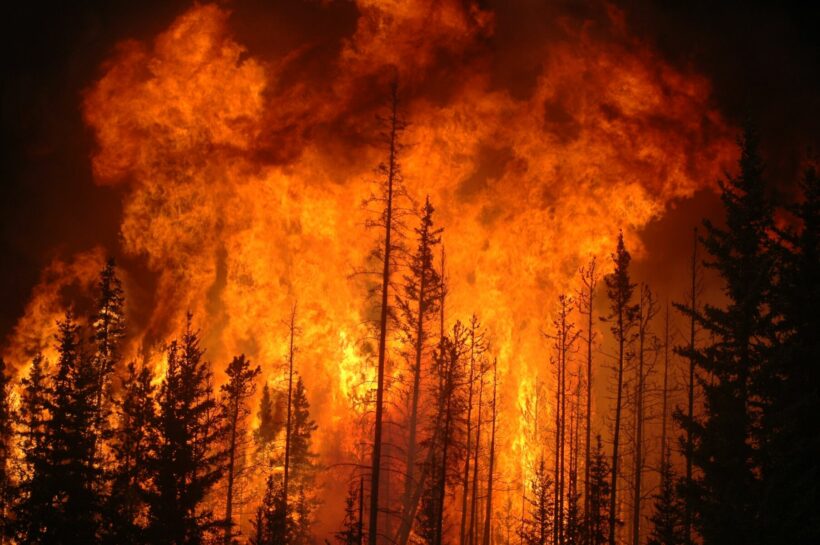 A fire at a Bangladesh Rohingya refugee camp has left at least 11 dead. The camp, in Cox’s Bazar was destroyed by the fire leaving at least 10,000 Rohingya families without homes.

The Inter Sector Coordination Group reports that those families total around 45,000 people, but say that number could climb as rescue organisations assess the situation. Hospitals, schools, women’s support services and other facilities were damaged in the fire with the Bangladesh Red Crescent Society saying they are carrying out one of the biggest rescue efforts they have seen.

António Vitorino, Director General of the UN’s International Organization of Migration, says they are working together to respond to the crisis and ensure the safety and well-being of all.
“I am deeply concerned by the impact of a terrible fire today in Cox’s Bazar, Bangladesh.”
Tayeba Begum, a Save the Children volunteer, witnessed the fire and described what happened.
“The fire spread so quickly that before we understood what happened, it caught our house. People were screaming and running here and there. Children were also running scattered, crying for their family. It is the most horrific incident I have witnessed recently.”
The latest fire is just another blow to the refugees as just a couple of days ago a health facility burned down in another fire. The UNHCR and Save the Children estimate the number of Rohingya refugees living in Cox’s Bazar to be from 800,000 to 900,000, as most had fled their home country of Myanmar to escape from being targetted by the Myanmar military.
The military’s campaign to brutalise and attack the refugees led to the International Court of Justice to take on the case as a possible genocide. In 2019, the UN said “grave human rights abuses” by the military were being carried out in which the military denied by saying their actions were to combat terrorists.
SOURCE: CNN