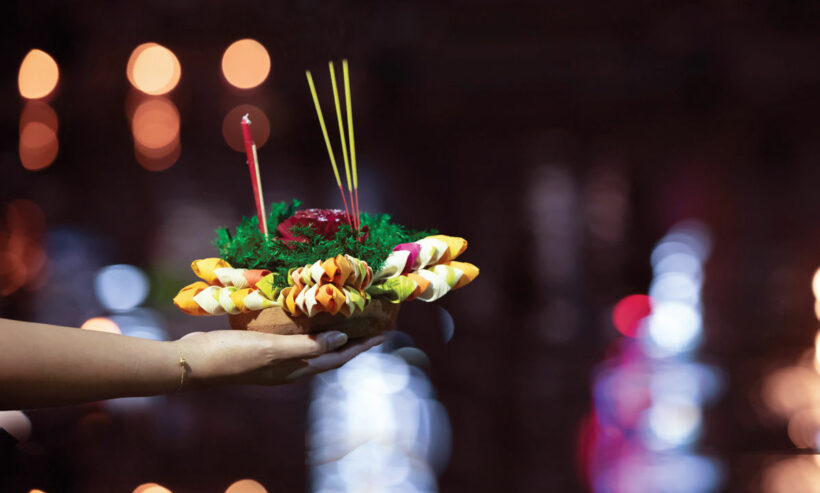 Bangkok’s Loy Krathong festival on November 11 will emphasise the importance of the city’s waterways to traditional Thai culture.

A government spokesman says a list of 30 public parks across the city, that will host events on the evening, is urging people to use only natural materials for their floating krathongs to avoid polluting streams and ponds. He is also encouraging families to have just one krathong each to reduce waste. Alcohol, fireworks and sky lanterns are being discouraged.

Commercial krathongs, the ones you purchase on the roadside, are usually made from poly-styrene, pins and plastics to re-enforce them, leaving a dangerous cocktail of rubbish lurking around Thai waterways following each year’s celebrations.

Last year, Bangkok city workers cleared nearly a million krathong from waterways, nearly 95% of which were made from biodegradable materials, but the the rest contained foam, plastics and pins.

For a listing of Bangkok parks to visit for Loy Krathong fun and to keep up to date with plans, go to HERE.

US downgrades delegation to ASEAN summits