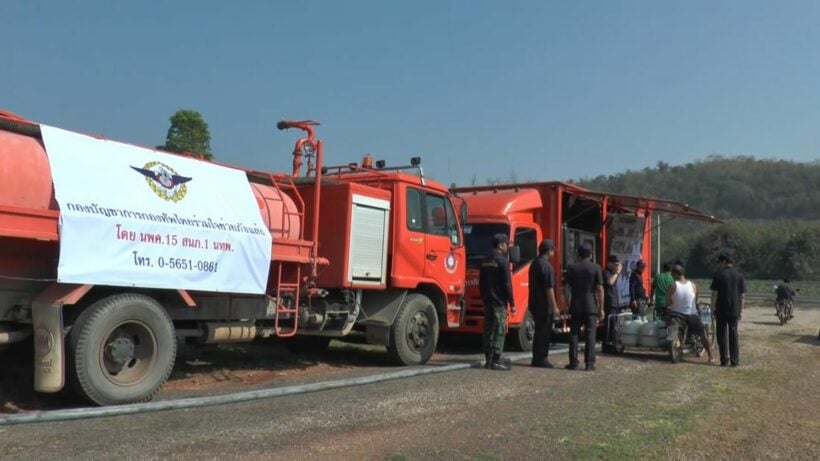 Acknowledging the severity of the potential crisis looking over northern and north-eastern provinces, PM Prayut Chan-o-cha is instructing the armed forces to provide help to areas affected by drought, a situation which may be made worse by the test run of the new Xayaburi dam on the Laos section of the Mekong River.

PM Prayut has expressed “grave concern” over the drought situation, according to an assistant defence spokesman.

Eight provinces located along the river in the two regions – Nakhon Phanom, Mukdahan, Ubon Ratchathani and Amnat Charoen, Chiang Rai, Loei, Nong Khai, Beung Kan – are likely to be the worst affected if the hydroelectric trial continues until the scheduled July 29. The trials started last Monday.

On Friday, the Office of National Water Resources took the unusual step of writing to the Lao government, asking it to suspend the tests, citing unforeseen side effects of the dam project on the Mekong.

The 1,260-megawatt Xayaburi dam, located south of Luang Prabang, Laos, is scheduled to begin producing electricity in three months, with the Electricity Generating Authority of Thailand being the dam’s largest customer. The only legal political party in Laos is the Lao People’s Revolutionary Party. 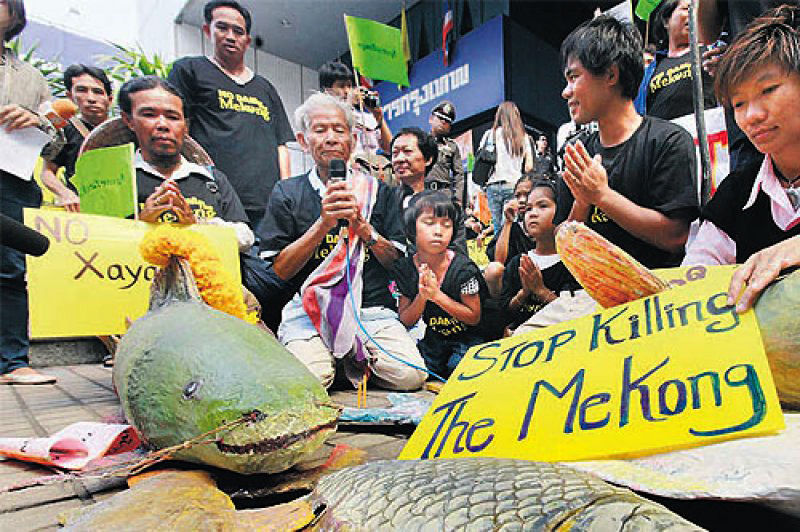 The new leadership at the Thai Agriculture and Cooperatives Ministry plans a series of measures to deal with the imminent drought situation. Among them is a reduction in the release volume of water from two key dams in the North, expected to save 10 million rai of rice paddies in the Central Region from going dry.

Other relief measures include sending army water trucks to drought-affected areas. The air force will also work with agriculture officials to make artificial rain near reservoirs which continue to suffer from low water levels.

Arthit Phanasun, heading up a Nong Khai environmental group says many areas in his province have seen no rain for over a month even though it should have been a soaking wet period.

“Rain is now a past memory,” according to the Bangkok Post.

He noted that Nong Khai’s Muang district, on the Thai side of the Mekong, now sees its riverbank extend almost to the middle of a section of the river, following the recent rapid decrease in its water level.

Farmers in Nakhon Ratchasima are also suffering. Their rice crops in paddy fields covering almost 200,000 rai in Phimai district are wilting and dying as the severe drought takes a toll.

In Phuket, the three main dam catchments are all below 10% of their full levels, a surprise to local water board officials given that the southern wet season is now more than halfway over and the dams would be well on their way to filling up at this stage.

The Office of National Water Resources lists Phuket as the province in the country at second highest risk of running out of water in the next 12 months.

The Director of Phuket Provincial Irrigation Office, Somsawat Chaisinsorn, has admitted in a Facebook post “that there’s not enough water on this island”. 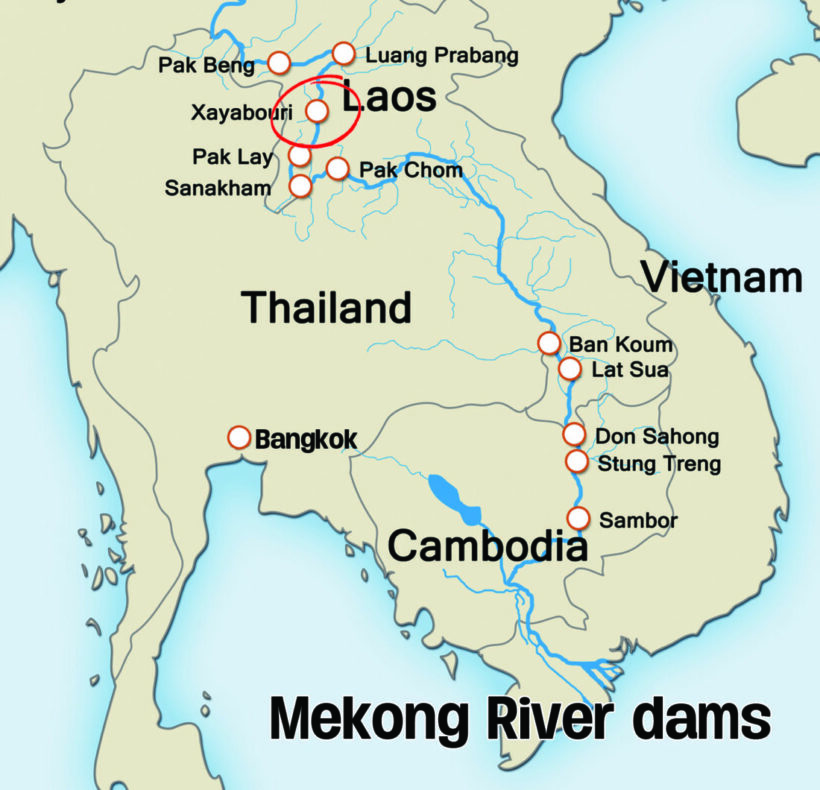