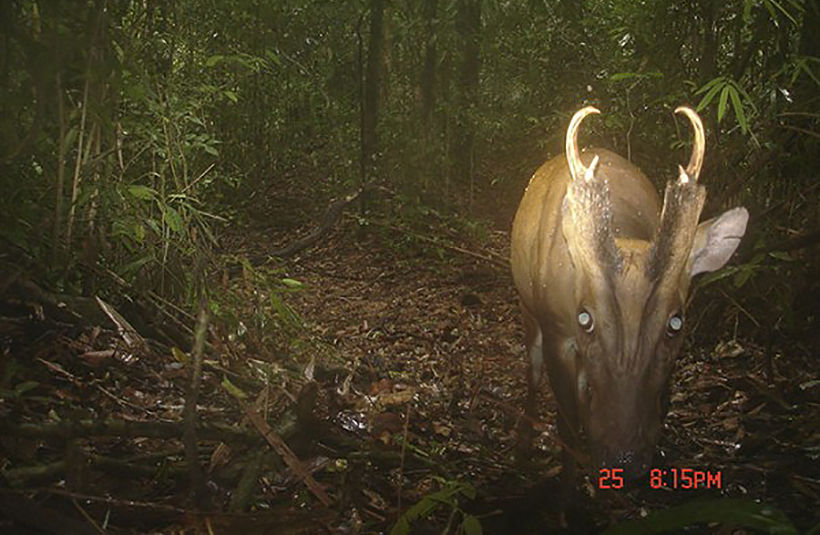 More protected and rare animals have been found in the Khlong Saeng Wildlife Research Station in Surat Thani, southern Thailand, an area already famous for its virgin forests and rich natural diversity.

The Chief of the station, Kriangsak Sribuarod, says a wildlife survey during September and October this year found new animals, never before seen around the sanctuary.

The sanctuary is well known for its tigers, elephants, tapirs and many monkey species. Birds like hornbills, banded pittas, and great argus are also residents. Uncommon reptiles, including the king cobra, reticulated python and flying lizards can be found too.

In the survey, cameras were installed to photograph endangered and protected animals in a 120,000 hectare area north of the Ratchaprapha Dam. The photos showed rare animals like clouded leopards and Asian golden cats. Other protected animals including tapirs, chamois, marbled cats, barking deer, wild elephants and gaur (Indian buffalo) were also seen.

What’s more, traces were found of other rare animals such as rare black tigers and leopards. Attempts will be made to take more photos of them, according to Kriangsak.

“It’s believed there are about 200 wild elephants and 400 gaur in the sanctuary. The number of clouded leopards and Asian golden cats is believed to have increased.”

In 2020 the station will expand the survey to Khlong Saeng and Khao Sok forests, which cover about 3.84 million hectares, to collect data for the development promotion of the wildlife population,”

Mr Kriangsak credited the growth trend to effective patrols for protection from poachers.