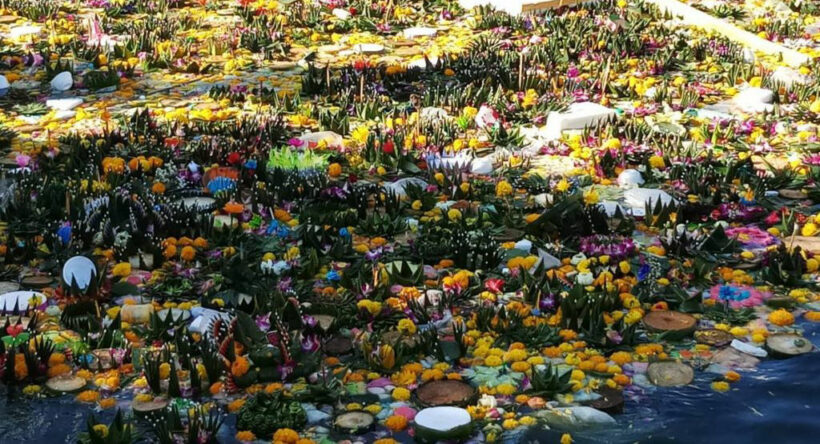 The eco-friendly message seems to be getting through as Bangkok Governor, Asawin Kwanmuang, reports an increase in the use of krathongs made from biodegradable materials.

The Nation reports that following yesteday’s celebration of the Loy Krathong festival in the city, the governor praised residents for their use of environmentally-friendly krathongs, a marked departure from the use of Styrofoam and other materials considered hazardous to the marine ecosystem and environment as a whole.

The festival was marked across the city, with 30 parks opened especially for the event and a celebration held under Rama VIII Bridge in Bang Phlat district and Klong Ong Ang in Phra Nakhon district.

Krathongs that were set afloat by residents were later collected by the city’s Environment Department and Irrigation Department among others, with the governor speaking after seeing the results of that work.

The governor added that there were over 40% fewer krathongs set afloat this year compared to 2018, but the ratio of those made from environmentally-friendly materials went up from 94.7% to 96.3%. There was a marked decrease in the use of foam, from 5.3% to 3.7%.