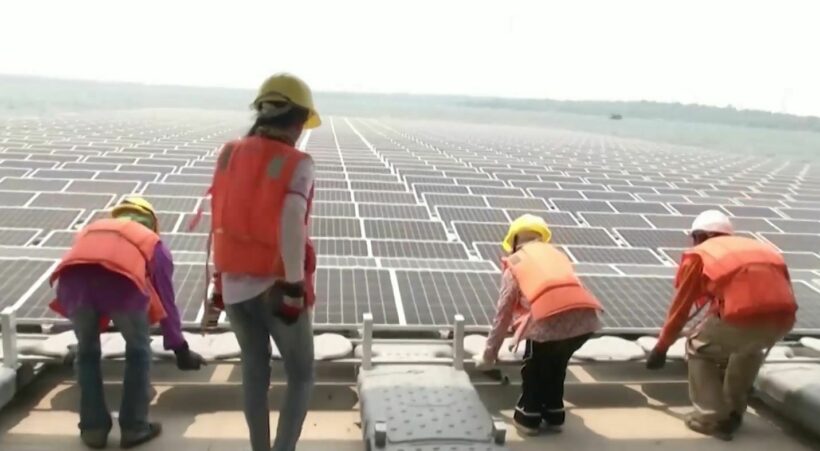 PHOTO: over 144,000 solar panels make up the floating hydro-solar project.

The Electricity Generation Authority of Thailand is the government organisation overseeing the project and has been constructing the platforms since November. This initial program is set to be copied at 8 more dam locations across the country with a 16-year timeframe. The 9 hydro-solar hybrid farms are expected to achieve a total capacity of around 2,725 megawatts of electricity according to the project head.

Opposition has been steadily growing for Thailand’s reliance on coal power, and in 2018 plans for 2 coal plants in the south of the country were cancelled due to complaints about environmental and health concerns. So this revised Power Development Plan set the goal of 35% of Thailand’s energy to be from non-fossil fuel sources by 2037.

The hybrid facility is designed to generate non-stop power by an Energy Management System that can determine what method will generate the most electricity, switching between hydropower and solar power generation.

Some opposition exists for these hydro-solar hybrid electricity farms though. The director of Energy and Ecology Network, a non-government group in Bangkok, says that while they support renewable energy expansion over traditional fossil fuels, this project may be wastefully creating an energy surplus. EGAT had said that their current power reserves of about 40% of total capacity are driving up electricity prices, and they plan to cut the reserves to only 15%. This new power generated by the hydro-solar hybrid floating projects may be without a storage home, increasing costs even more to handle the excess capacity. The EEN director observed that investing in green energy is good, but needs to be done with consideration of electricity demand.