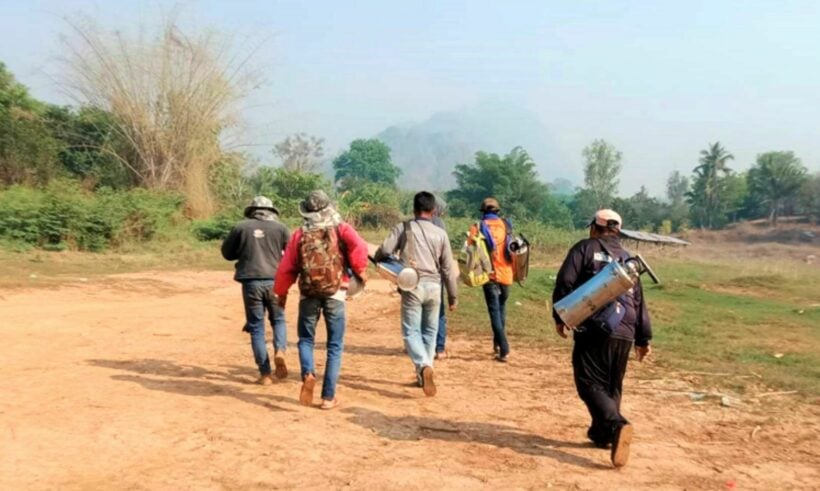 Thailand has the potential to eliminate malaria within the next 4 years, according to the World Health Organisation. WHO says Thailand is one of 8 countries that can potentially get rid of the mosquito-borne disease by 2025, a goal in line with the country’s strategic plan to eliminate the infectious disease by 2024.

The majority of malaria cases in Thailand are concentrated near the Myanmar, Cambodia and Malaysia borders. Director general of the Ministry of Public Health’s Disease Control Department Opas Kankawinpong says the number of malaria clusters has decreased over the past 5 years.

“Villages with malaria transmission impressively decreased from 5,547 to 1,382 clusters within 5 years. This figure gives a sense of accomplishment that together we can eliminate malaria.”

WHO says the “cornerstone” to Thailand’s efforts to get rid of malaria is the surveillance system which “collects a wide range of data such as the locations of malaria cases, their travel histories as well as the characteristics and behavior of mosquitos in villages with malaria.”

There were 2,836 indigenous cases of malaria recorded in Thailand in 2020, a number WHO says shows the country is close to eliminating the disease. With the progress over the decades along with Thailand’s national plan to eliminate the disease and a low case count, WHO says Thailand meets the criteria for the organisation’s E-2025 initiative, a programme for countries that are close to eliminating malaria.

The ministry’s permanent secretary Kiattiphum Wongrajit says the major steps toward the elimination of the disease were made after the “launching of a cabinet-approved national malaria elimination strategy with full support from relevant sectors, governmental and non-governmental organizations as well as communities.”