Dr Chainarong Setthachua, a lecturer and ecology expert at Maha Sarakham University, was at a loss when asked to describe the ongoing Mekong crisis.

“The most disastrous situation in history.”

Little is being done by governments despite recent stories and stark photos of the dried-bed of a major river that passes through Thailand, Laos, Cambodia and Vietnam. The Mekong River is the twelfth longest river in the world at 4,350 kilometres. It starts in the Chinese Himalayas and flows through six countries to its mouth in Vietnam and out into the South China Sea.

“We used the river as a political tool and an asset for economic development. Yet, we did not supervise its development, which has resulted in a real disaster. I don’t see any solutions because every government is only focusing on building dams, but not on the scars these development plans are leaving behind.”

China built the first Mekong dam in 1994, without consulting the Thai river communities downstream. A decade later, impacts from the dam finally kicked in, said Chainarong, who founded the Southeast Asia Rivers Network to track the effects of Mekong water resource management.

Thai communities impacted by dam operations were finally given a voice in development plans, which were being driven by international investment, especially from Thailand. However, as Thai protests grew, investors turned to neighbouring countries including Laos, which declared plans to become the “battery of Asia”. 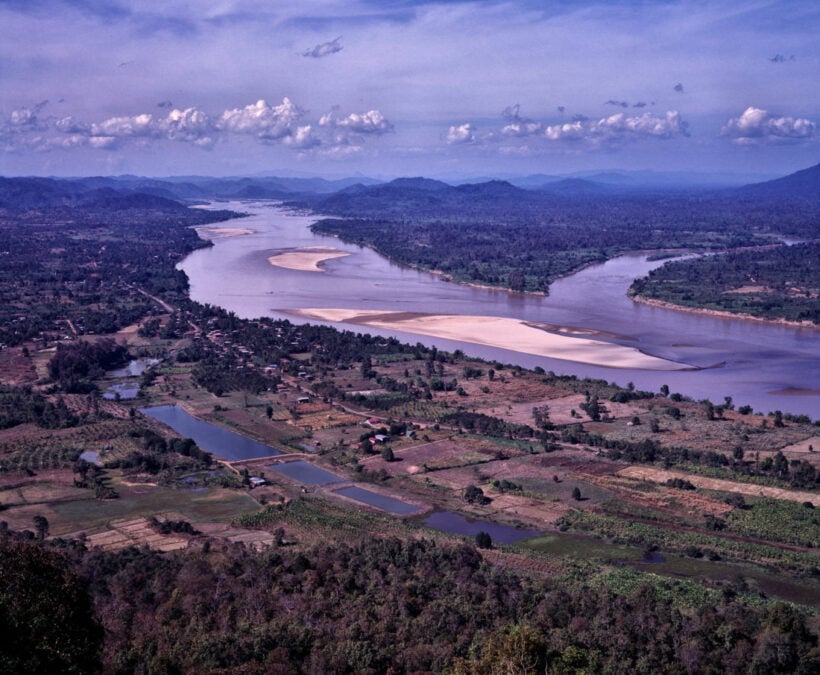 According to the independent International Rivers organisation, China has completed 11 dams on the upper Mekong since then. The biggest are the Xiaowan and Nuozhadu dams, whose 250-300 metre high dam walls hold back reservoirs of 40 billion cubic metres capacity. Of the 11 dams planned for the lower Mekong, at least three have entered production. Xayaburi Dam in Laos was being tested during July ready to go online in October. Don Sahong is under construction, and Pak Beng is at the pre-construction stage.

But completed dams are already having a dramatic impact. This month, Thais living downstream from the Jinghong Dam woke to find the river level had dropped sharply. No one had warned residents of Chiang Khan district on the Laos border that the dam was undergoing maintenance, dramatically reducing their access to water.

A study from the Australian National University states that Mekong Basin dwellers are struggling to find new protein resources as a substitute for the fish. It would take both massive water and land resources, especially in Cambodia, to create new protein substitutes.

Downstream, communities in Vietnam’s Mekong Delta decline are suffering coastal erosion and salination of their once-fertile land. Dams are threatening the country’s “breadbasket” as locals experience food shortages and are unable to access freshwater for daily needs.

Despite the expanding concerns, the Thai government has not launched serious measures to study, monitor, or prepare remedial plans for people suffering the impact of dams.

Niwat Roykaew, chairman of Rak Chiang Khong conservation group, said that the old [top-down] way of working would not solve any problems, adding that he believed in the power of local people more than the government.

“It’s too late to say no to dam building. We have to find a way to live together, find a middle way between the engineering perspective and the human interest.”