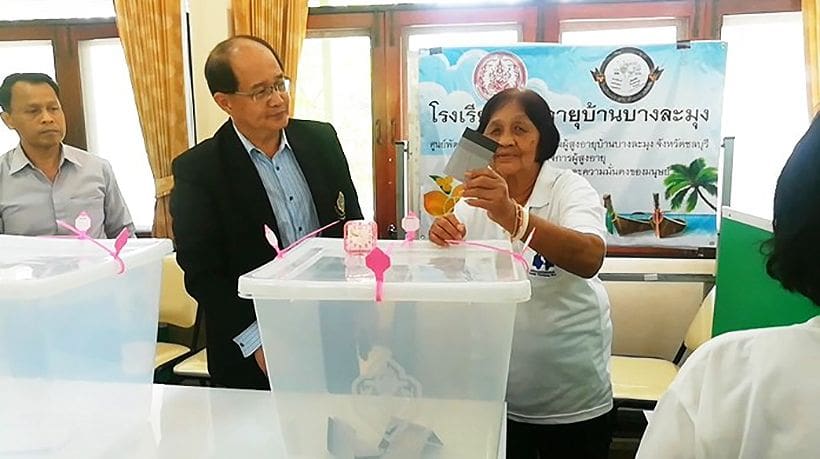 The Election Commission says all yesterday’s ballots are secure. They’ve told a suspicious media that they, and members of political parties, are allowed to check the security of yesterday’s paper ballots at Thai Post offices and police stations around the country where they are being stored before heading to Thailand Post’s HQ in Bangkok today.

The EC claims that, following the closure of polling stations around the country in yesterday’s pre-election ballot at 5pm, the ballots were sealed in boxes and signed by local EC officials.

The EC, trying to allay fears from voters, candidates and the media, say the procedure is exactly the same as in the past. They say by sending them to Bangkok as soon as possible will prevent any local issues with the security of the ballots.

The advance ballot papers will eventually end up in the country’s voting constituencies where they will be added to next week’s main election day ballots for the big count.

They say all yesterday’s ballots will be sent out to the 350 constituencies to join the other local ballots. Yesterdays voting papers will be escorted by police, CCTV and a GPS tracking system, as well as being accompanied by police escort.

Although the Election Commission and Government turned down the opportunity to host international observers for the conduct of the election, they say the Thai media are invited to monitor the storage and movement of the ballots.

Will it be same same but different after this Sunday’s vote?