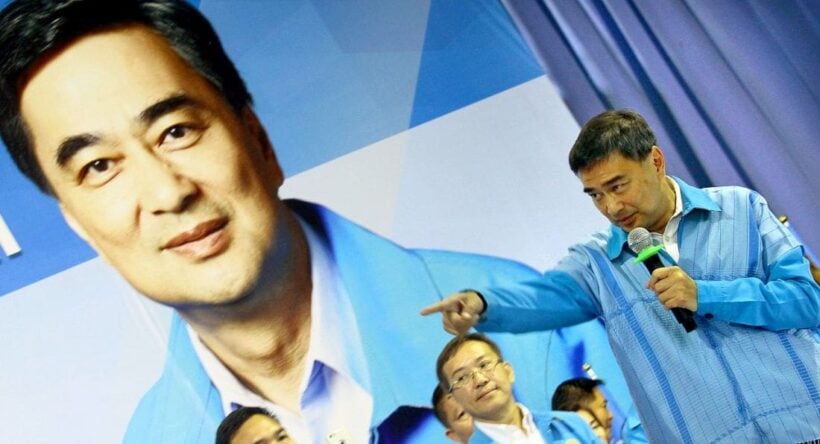 Sunday’s election will not be the end, it will only be another episode in a two-decade long drama as Thailand struggles with democracy and attempts to throw off the shackles of nearly a century of military tampering in political affairs.

Thailand’s oldest political party, the Democrats, head into Sunday’s election with leader Abhisit Vejjajiva facing some tough decisions in the first poll since the 2014 coup.

At one end of the political spectrum in Thailand are the pro-military, pro-status quo parties. At the other are the pro-democracy, pro-Thaksin parties. And between them, the Democrats trying to find some political middle ground.

The way the votes are likely to fall, no party will have enough seats in the new lower house of the Thai parliament. There will have to be some long phone calls and concessions made by everyone to cobble together a workable coalition. Either way, the Democrats are likely to be the ones roped into any coalition – they won’t get enough votes to win government but will have a substantial handful to bargain their place at the table.

Either way they are going to upset a sizable majority of the pro-military or pro-democracy parties. And the Democrat voters won’t be happy with they party leaders getting cosy with the opposition parties.

But Abhisit Vejjajiva argues that there is a scenario that could return him to the PMs office, which he held from 2008 to 2011 after a court dissolved a pro-Thaksin government.

“We will be the alternative in leading Thailand out of the last decade of troubles.”

But the polls and pundits say this scenario is unlikely.

The March 24 election is being billed by the NCPO as returning south east Asia’s second-largest economy to civilian and democratic rule. But the new constitution, overseen by the generals simply enshrines military influence over politics. Whilst it will be a free and fair vote for the lower house of government, the upper house of 250 military Senators is already set in stone.

Abhisit this month said in a campaign video he would not support Prayut Chan-o-cha staying on as PM, which he said will “breed conflict and is against the Democrat party’s principle that the people have the power”.

But at the same time, Abhisit made it clear he would be loath to work with the main pro-Thaksin party, Pheu Thai. The Democrats have long decried the Thaksin movement as corrupt and a threat to independent democratic institutions.

“Corrupt politicians provided the pretexts for the military to stage all the coups in the last 20 years.”

So here I am, stuck in the middle with you!

The biggest problem Abhisit faces next Sunday is an electorate that has become increasingly polarised, and the middle ground, with all the best intentions in the world, being lost in the background noise of the bitter political struggle.

There is no doubt that the charismatic Abhisit Vejjajiva, and his party members, will be a part of any new co-alition following the election – they will have numbers and numbers count. But the Democrat vision, one of the oldest political visions in Thailand, will be lost amongst the ongoing battle between the pro-Thaksin and pro-military voices.

Thaksin is in Hong Kong. Thailand wants to extradite him.