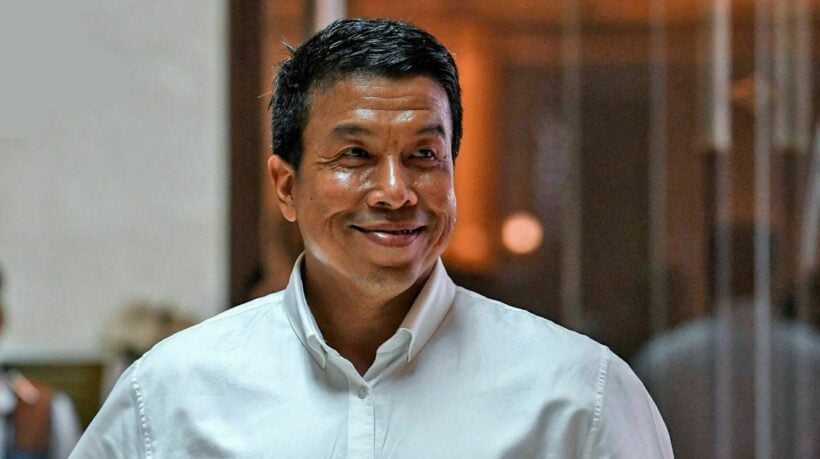 Chadchart Sittipunt has called for the citizens of Bangkok to put their differences to one side and come together in unity.

The Bangkok governor-elect celebrated his 56th birthday yesterday with twin brother, Dr Chanchai Sittipunt, an associate professor and dean of the Faculty of Medicine at Chulalongkorn University, but still made time to send out a positive message amid squabbling among the nation’s ruling Palang Pracharath Party.

Chadchart says he wants the good people of Bangkok to put “quarrels aside and love one another” as he sets about fulfilling his 214 campaign pledges.

Two days on from his landslide victory in the gubernatorial election, finger pointing continues among the PPRP with Deputy Prime Minister Prawit Wongsuwon denying he was to blame for the ruling party’s heavy defeat. The party’s candidates captured only two of 50 seats while the main opposition Pheu Thai Party, claimed 20.

Dr Warong Dechgitvigrom, leader of the Thai Pakdee Party, earlier this week said the defeat could be traced to the “three Pors” Gen Prawit, Prime Minister Prayut Chan-o-cha and Interior Minister Gen Anupong Paojinda, and accused them of being indecisive and lacking unity.

Labour Minister Suchart Chomklin, who is the PPRP director, also weighed in with his two penneth saying “It’s one crisis on top of another.

“The PPRP MPs will need to maintain closer contact with their constituents.”