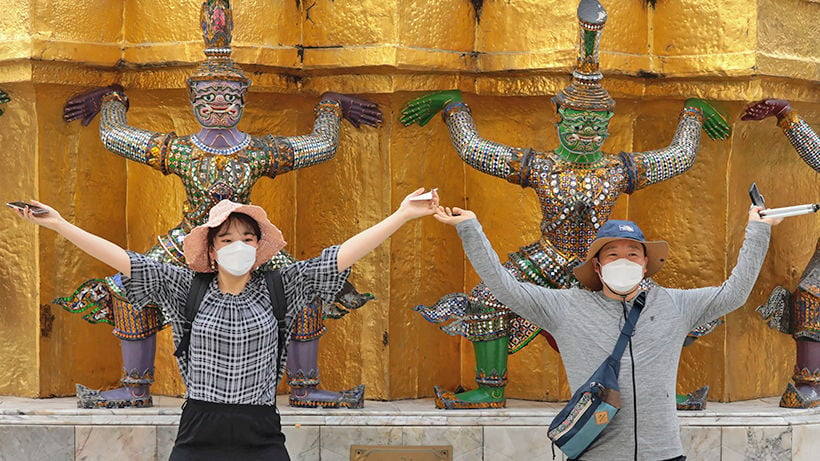 PHOTO: Chinese ourists wear protective masks while posing for a photo at the Grand Palace in Bangkok - AP

Despite the confirmation of a new case of the 2019nCov coronavirus today, Thailand has neither restricted Chinese tourists from entering the kingdom nor dropped its visa-on-arrival fee waiver, implemented to attract Chinese.

Thailand hasn’t imposed any bans on tourists or travellers since the outbreak of the virus, though officials are screening passengers on arrival on flights from China, and now require a health certificate to enter the country from China.

Singapore has banned entry to all Chinese passport holders and foreigners who have recently visited China, and the US has banned the entry of all foreign nationals arriving from China. Japan and South Korea have only blocked visitors from Hubei province, the epicentre of the outbreak.

Thai PM Prayut Chan-o-cha has repeatedly reassured the public since the beginning of the outbreak.

Thailand’s economy’s is highly dependent on Chinese tourism. Nearly 11 million Chinese tourists came to Thailand in 2019, accounting for 18% of the countries GDP. More than a quarter of inbound arrivals to Thailand are Chinese, and their spending is crucial for the Thai economy.

Myanmar tourism increases a massive 40% in 2019