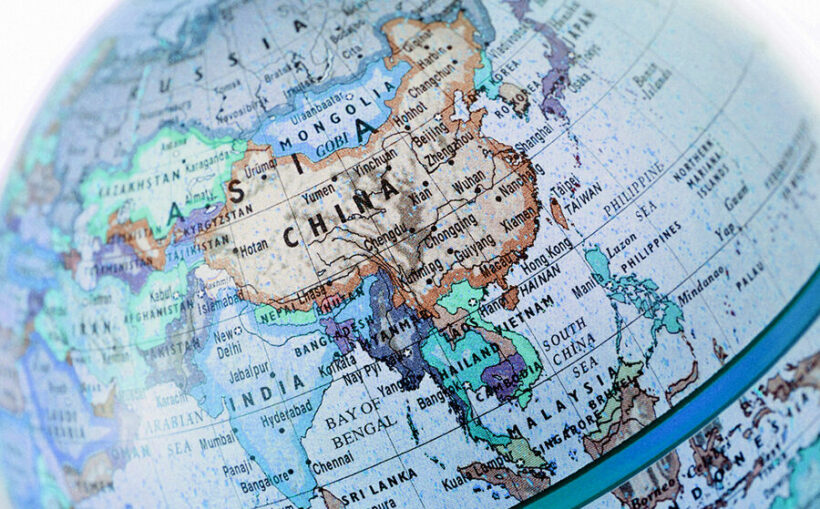 Across most of South East and Eastern Asia, Covid is now on a sharp retreat, some 2 – 3 months after similar surges and drops in the US, UK and Europe. Except for 3 countries, Japan, China and Thailand, where the daily numbers, fuelled by Omicron variants, are still climbing.

These same 3 countries have been among the most risk-averse to reopening their borders without restrictions. In China, a strict zero-Covid policy remains in force.

Japan still bans all inbound tourist traffic, although it now allows business, diplomatic and education travellers to return since March 1.

Thailand, whilst easing entry restrictions, still demands an on-arrival PCR test, pre-paid 1st night accommodation in a SHA+ registered hotel, a Day 5 ATK test and ALL international arrivals have to apply for a Thailand Pass before they can enter the Kingdom. The country’s Covid committee is planning to remove the on-arrival PCR test from May 1 but is waiting to see what happens during and after the annual Thai new year celebrations (Songkran) which run through next week.

In China there are still millions of people in lockdowns, including the entire population of Shanghai, China’s largest city. Entry into China is almost impossible at this time and Chinese residents are permitted to travel outside of China only in exceptional circumstances.

South Korea has dropped quarantine for most travellers but still insists on pre-travel PCR and a PCR test on arrival for some travellers. Hong Kong, too, is also denying entry for all foreign travellers, but has seen a dramatic fall in infections.

Singapore, Indonesia, Malaysia, Cambodia, Indonesia and the Philippines are seeing dramatic drops in their Covid cases and are quickly reducing restrictions on international travellers entering their countries, although some restrictions still apply and mask-wearing is still mandated in indoor areas (and outdoors as well in some of the countries). In Singapore, where mask-wearing rules were relaxed last month, most residents are still wearing their masks outside anyway – a habit many Asians may find hard to break.

Even in Hong Kong and South Korea, where infection numbers surged to worryingly high numbers during their Omicron surges in February and March, putting hospitals under pressure, the numbers have now dramatically dropped.

The delayed ‘Asian surge’ is pushing recovery for many Asian economies further into 2022 than some of their western counterparts. Despite all this, economic growth in Asia is expected to keep largely on track this year, with the worst of the current surge behind most of the region and geographically distanced from direct impact from the ongoing Russia/Ukraine conflict.

Many asian governments were also averse to handing our large amounts of fiscal stimulus during the first 2 years of the Covid pandemic, putting them in a better position for quick recovery than some of their western counterparts which now have to cope with vastly increased national debt from their quantitative easing policies.

The Asian Development Bank, in their annual report released last month, predicts that most countries in the Asian region will swiftly ease into their post-Omicron economic strategies. But China’s economy, the second largest in the world, has its own unique headwinds and recovery will be unpredictable for at least the rest of 2022.

The Manila-based ADB says that gross domestic product across Asia should see around 5.2 percent growth for 2022 and projects 5.3 percent growth next year after last year’s 6.9 percent across the region.

Headwinds for the regional economies remain, including fallout from monetary tightening in the US, global financial instability, supply chain shortages, world inflation and unpredictable ‘bubbles’ in stock and property markets around the world. The ADB notes that Asia won’t be immune from the repercussions from potential black swan events outside its immediate economic arena.

“Growth will remain uneven. South Asia will continue to grow strongly, growth will pick up in South-east Asia and the Pacific, normalise in East Asia, and slow in the Caucasus and central Asia due to Ukraine.”

The ADB predicts that East Asia, where there’s still a flare-up of Omicron outbreaks (mostly China), will experience an economic slowdown of nearly 5 percent in 2022, balancing some of the region’s more healthy projections.

Soidog
They can talk about peaks and declining numbers until the cows come home. The fact is that when they really open up, the infections will rapidly increase. If they think it’s bad now, wait until packed nightclubs are open and…
Shade_Wilder
"Post-Omicron, Asian economies accelerate into recovery mode" I have heard this comment made before, but it is quite misleading. Yes, perhaps there will be an economic recovery, but that is mainly because the economy fell so far in the last…
Ramanathan.P
Statistics and finance are two areas where the numbers can be projected as rosy as wanted. It is all the number game. But whether they wanted to promote on the roses or on the thorns, depending on the presenter. However…
BBY
IMO. The number of tests you perform limit your results, which goes some way to explaining the similarity of numbers for positive tests recently. It’s probably far higher. So far, every variation since Omicron has been more infectious and less…

Guest1
31 minutes ago, BBY said: When the penny drops and the doors are opened, there will be, IMO a huge peak Watching the Australian F1 GP, today, I am waiting for numbers from Australia, in a weeks time or such.…