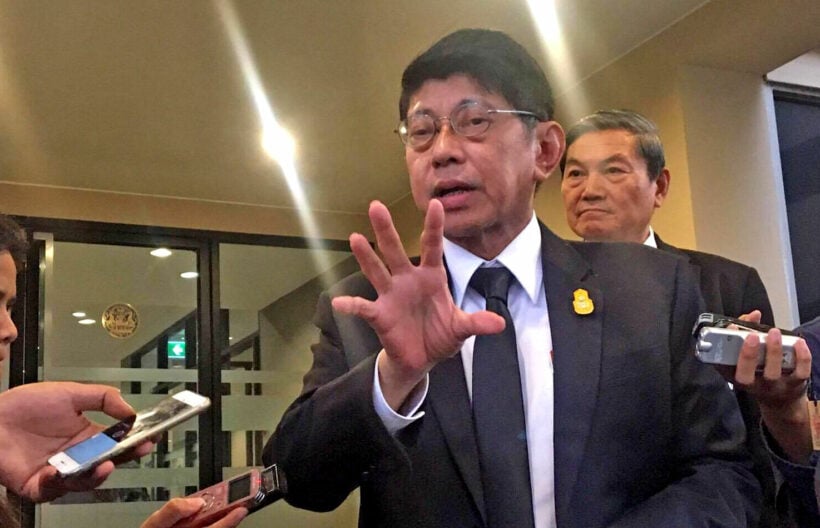 On Friday night the Thai PM told the Thai population that he was going to send a letter to Thailand’s Top 20 richest people asking for their ideas on how to revive the Thai economy. And he hinted that he wants them to chip in as well.

He explained that he’s doing it to gather their input and ideas to ease the impact on the economy and seeking their advice. The reaction of Thai social media was predictably savage accusing Prayut and his coalition as being a “beggar government”.

But Deputy PM Wissanu Krea-ngam last night wanted to clarify that the letters the government is sending to 20 of the richest Thais was not begging for money.

He said that “things will get clearer next week and it is the premier who is taking care of all the details,” (great, that clarifies everything).

Though the PM did not mention the top richest of Thailand by name during his address, they would include CP’s Chearavanont family, Charoen Sirivadhanabhakdi, the Chirathiwat family, Gulf Energy Development’s CEO Sarath Ratanavadi, Bangkok Dusit Medical Services and Bangkok Airways founder Prasert Prasarttong-Osoth, the Osathanugrah family, and BTS Group Holdings chairman Keeree Kanjanapas.

With an estimated net worth of US$16.9 billion, Dhanin Chearavanont, senior chairman of Charoen Pokphand Group, is the wealthiest person in Thailand.

The number two spot was occupied by Charoen Sirivadhanabhakdi with a net worth of US$16.6 billion. He runs Thailand’s largest brewer, Thai Beverage, known for its Chang beer.

Number 20 on the list, presumably going to get a letter as well, is Thaksin Shinawatra with an estimated net worth of US$1.9 billion. We can imagine the letter…

“Hi Thaksin. How are things in London? Getting used to the cold weather? How’s your sister? Haven’t caught up with you or your family much recently, as you’re a bit difficult to contact. I’ve been busy being prime minister. You know what it’s like – meetings, phone calls, signing things, coups. Anyway, I’ve got this great idea…”

During his Friday evening address the Prayut also called on people to stand in unity with the government, without the division of “colour” (referring to the red shirt-yellow shirt political divide in Thai politics).

Prime Minister Prayut told the public that he and the Covid-19 Situation Administration Centre representatives will meet next week to discuss the possible loosening of restrictions and measures.

We look forward to hearing about the replies of the letters.

Here’s the list of the Top 30 wealthiest Thais, according to South China Morning Post, with a prominent omission at the Number One spot…

PM asks public to cool down on selling their gold