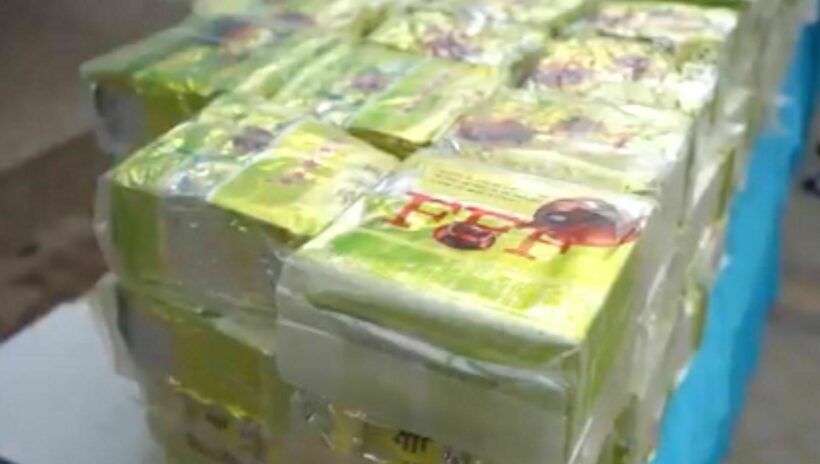 Police in Songkhla yesterday arrested a teenage boy for having methamphetamine pills with a street value of 3 million baht.

The 16 year old boy, named Ken, was arrested, and 112,000 methamphetamine pills were seized, after being found in a cardboard box in a room on the second floor of his residence, after a house search in the Hat Yai district.

The Hat Yai police chief, Pol Col Akrawut Thaneerat, reported that the police, armed with a court warrant, searched a house in Soi 7 off Khlong Rian road in the Hat Yai Municipality. They were acting on the information the property was being used to store illegal drugs.

The teenager fled the scene when the police arrived but he was later apprehended.

The boy broke down under questioning and admitted he was hired to store and deliver the meth pills to buyers and was paid about 10,000 baht for each delivery. He also confessed it was the fourth time he had stored narcotics.

The police reported the teenage boy was being detained for further questioning about the source of the drugs.

harry1
the big players are never caught, the cops dont use surveillance and follow the mule

Transam
5 minutes ago, harry1 said: the big players are never caught, the cops dont use surveillance and follow the mule First World country......?