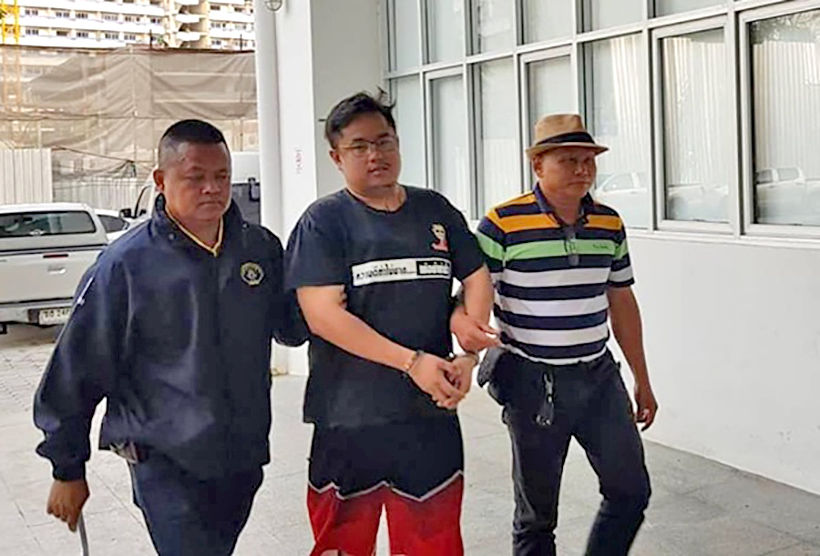 Last night (September 12), 32 year old Thanpawat Supchotiwanich, a subordinate of Thai Pheu Thai party politician Wan Yubamrung, was arrested in front of his house in Soi Ekkachai 135, in Patong, acting on a warrant issued back in 2010 after he shot a business peer over an undisclosed conflict.

Thanpawat is also known as ‘Tong Deksuegaeng’ and back in 2010, he and a friend shot Nattasak Mongkhonnitipat while he was sitting behind a motorcycle on Bangwat Canal road in Patong, causing the man to be critically injured.

Following the case, Phuket provincial court handed down a 12 years sentence to each of the 2 offenders, including Thanpawat. However, the appeal court decided to dismiss the case and allow the 2 men to be bailed.

The victim filed a petition to the Supreme Court to overrule the appeal. On the day of the sentence, Thanpawat fled. After fleeing, he changed his name from Kanit Suesuan to his present name and became a strong follower of Wan Yubamrung, who is Bangkok MP from Pheu Thai Party and Chalerm Yubamrung’s son.

Wan Yubamrung also visited him at the prison and posted a picture together on Wan’s Facebook to “cheer him up”.

Phuket police to embrace technology in dealing with traffic violations