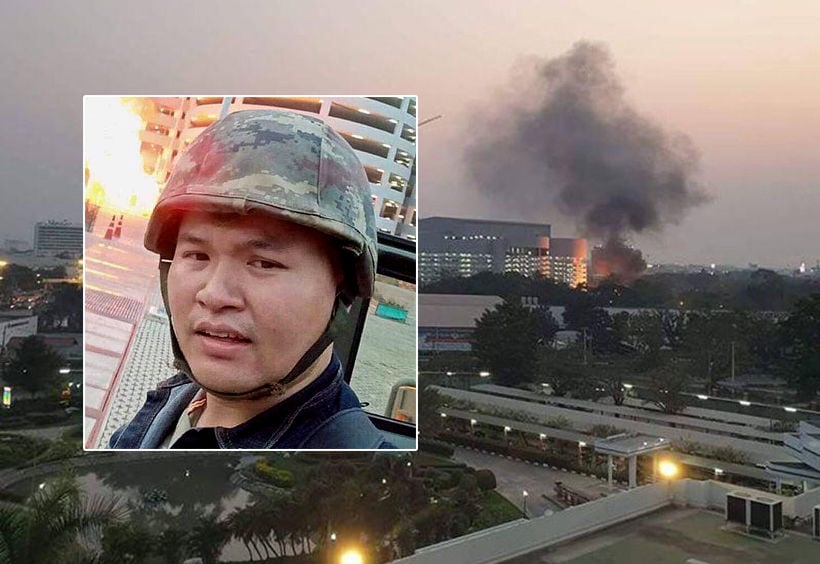 As we update the story about the crazed Thai Army sniper going on a rampage around Korat in Nakhon Ratchasima, north east Thailand this afternoon, this is the latest information we have…

• A Thai soldier allegedly killed his commanding officer before gunning down a reported 12 people. He was livestreaming the the entire incident as he slaughtered innocent people and posted selfies.

• The man has been identified as Sergeant Major Jakapanth Thomma, who after shooting his commanding officer, then shot two other soldiers at his Army base before stealing a Humvee (jeep) and heading to the Terminal 21 shopping centre. He spraying bullets at people as he was driving towards the shopping centre.

• He is understood to have shot more people inside the shopping centre and has take hostages. Currently, he is still understood to be inside Terminal 21.

• He has been posting photos and video of himself wearing full tactical gear throughout the incident.

• Police have confirmed at least 12 people are dead, although many more are feared shot from the rampage. Many other are wounded as a result of the gunfire.

“I cannot confirm the death toll right now, police sealed off the area.”

• Video and photos posted online showed people panicking and fleeing the scene. The sound of automatic gunfire can be heard clearly on a posted Twitter video.

• Provincial police and Army tactical squads say they have sealed off the Terminal 21 mall but not captured the gunman at this stage.

• A 2km radius around Terminal 21 in Korat has been sealed off.

• A message, allegedly from the soldier, posted on his Facebook page, said…

“Getting rich from corruption and taking advantage of other people, do they think they can bring money with them to spend in hell?”

• The man’s Facebook page has been taken down at 7.20pm. Before this he had been live-streaming the entire rampage and posting selfies.