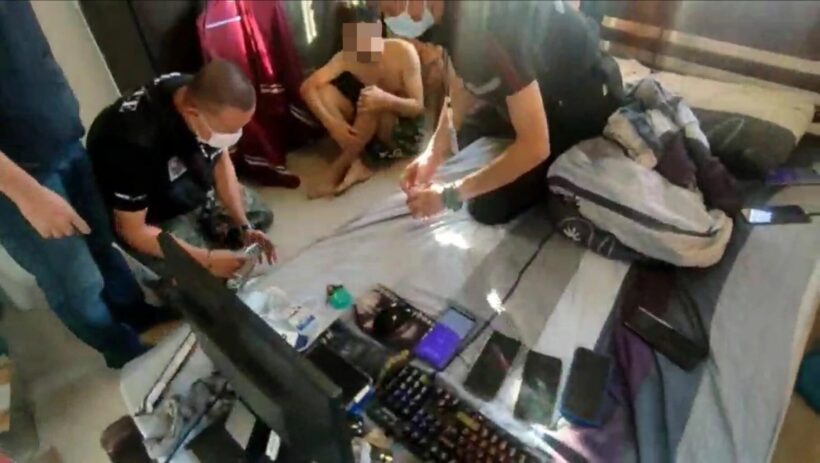 After an extensive investigation, police are looking for the employer of two suspects who were arrested in Chon Buri district earlier this week for allegedly running illegal internet gambling websites with over 100,000 users and a monthly revenue of more than 100 million baht.

Both allegedly admitted to being hired as administrators of the online gambling websites “JOKER898TH” and “OMG777”.
Although they had no idea who hired them or how to contact them, the suspects claimed that all commerce was done using secure internet messaging tools. With over 100,000 users and generating over 100 million baht per month in revenue, the two administrators said they were paid only 15,000 baht per month. Saensuk Police are now taking further legal proceedings against the two suspects and are hunting for their employer.

HiuMak
Good on you brown brothers. clean them out