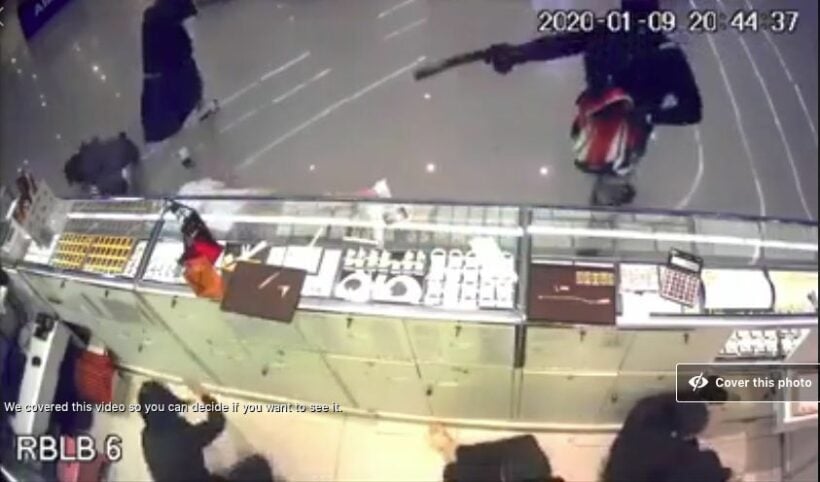 PHOTO: Screenshot from the shop's CCTV footage of the shooting of the customers when the shooter walks in

Three people are now dead and another four injured after a lone gunman entered a Lopburi gold shop, shooting customers and then robbing the store (video below). Lopburi is about 150 kilometres north of Bangkok.

Speaking to the media following the shooting, the deputy police spokesman Pol Colonel Krisana Pattanajaroen the gunman appeared to be acting alone.

“He was a male, wore camouflaged pants, a black long-sleeve shirt, and a black ski mask. He fired from an unidentified gun at security guards and bystanders before grabbing the gold and fleeing on a motorcycle identified as a red-and-white Yamaha Fino.”

One man, a customer, and one woman, were shot and died at the store. A boy who was shot in the head during the heist and was rushed to the Meuangrai Hospital. He subsequently died of his injuries. Two other men and two women were also shot and are being treated at the same hospital.

“The police are investigating the scene, looking at CCTV footage as well as estimating the value of the gold that was robbed.”

The National Police chief Pol General Chakthip Chaijinda is ordering officers in Lopburi and nearby provinces to “pursue the suspect and widen the search areas to cover every possible escape route”.

“It has shocked the public. Officers have been instructed to use utmost caution as the suspect possesses dangerous firearms. Use of lethal force is allowed if necessary.”

There is a police hotline on 191 or 1599 that can be called for anyone with information that could lead to the identifying or apprehension of the shooter. 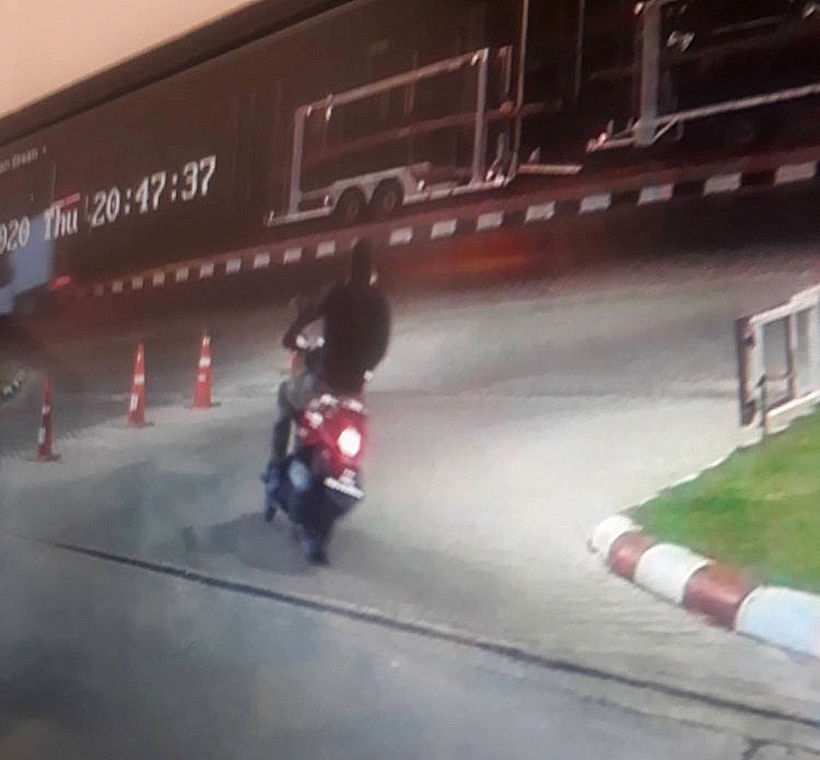