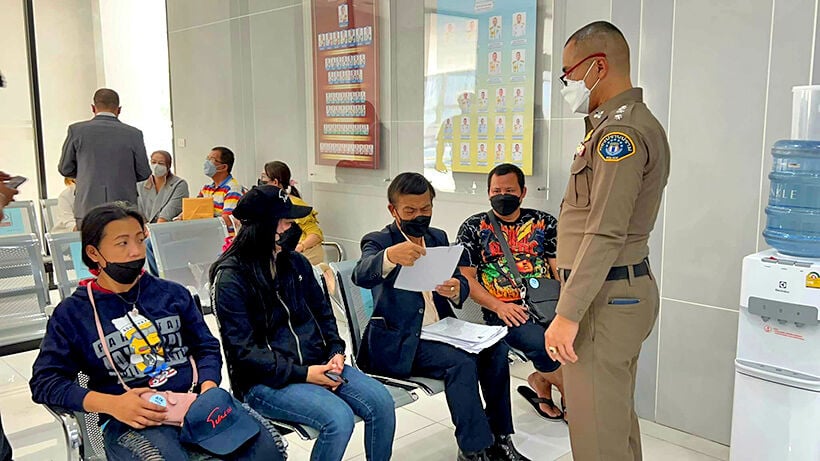 A woman has claimed a group of 17 police officers in the Isaan province of Amnat Charoen invented a ‘fake crime’ involving her to advance their careers. She claimed she had been working as a ‘spy’ for the local police for more than 20 years. But the officers wanted to get promoted, so they conspired with her, insisting that the penalty would only be a fine (which they would pay for). Instead she faced four years of jail time.

Yesterday, the 43 year old woman, Rampai or Miew, and her lawyer, visited the Central Investigation Bureau to complain against 17 police officers for alleged malpractice. On May 12 last year, Rampai said she agreed to be a suspect who was charged for providing an “informal debt arrangement”. She claims that the police had already prepared the money to bail her out, as part of an agreement between them. She was told she just had to “play a part”, pay the fine and go home.

So the swindle was set up. She was arrested with fake evidence including two fake accounts and 200 baht cash at a market in Amnat Charoen province. She was then paraded at the police station to sign a court document. That should have been the end of her involvement, but she then discovered she would have to present herself to court.

She had just come out of jail from an old sentence on drug cases, and the re-appearance in Court, which was not part of the ‘story’ would not go well for her. She said she faced a 4 year jail time in court and had to bail herself out to seek justice in the scam-gone-wrong.

Her lawyer added that she wasn’t the only one. There were other locals, both teenagers and adults, who revealed to the lawyer that they were also set up with promises to share the spoils of scams with the police, as long as they played their part.

He lawyer says that the CCTV camera at the market didn’t record any arrests on that day too. He added that the had a message and phone call history saved and audio files of the conversations where police threatened her to stop revealing stories. She has submitted the files to authorities as evidence.

Morpheus
Hi, does anybody at the Thaiger proof read these articles before publishing.

AdvocatusDiaboli
1 hour ago, Thaiger said: A woman has claimed a group of 17 police officers in the Isan province of Amnat Charoen invented a ‘fake crime’ involving here to advance their career. Is this the Fake News of the Fake…