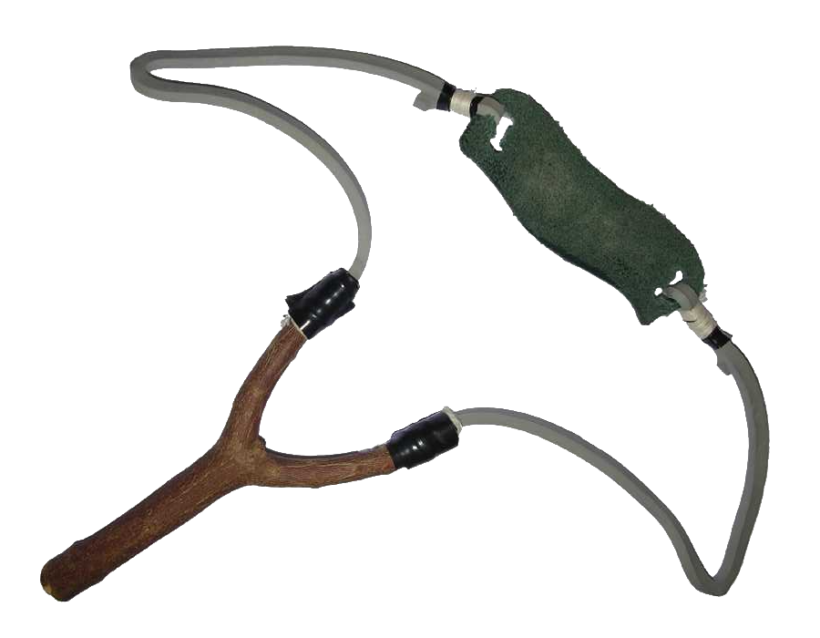 PHOTO: A taxi driver used a slingshot like this to relieve stress by firing at vehicles and shops.

Life is pretty stressful lately, but there are right and wrong ways to relieve that stress. A taxi driver in Bangkok chose the wrong way to blow off steam: shooting at cars, buses and restaurants with a slingshot. The 48 year old driver Phaiwan Aechaiyaphum was arrested by the Metropolitan Police Bureau last night at his Suksawat-area room. He is suspected of using his slingshot at the Ratchada-Sutthisan intersection tunnel for over a month, starting March 19 until as recently as April 27.

He told police shooting at vehicles and shops was his way to vent and release his stress and feelings. The attacks took place in the late afternoons to late night, from 4 pm to 1 am; in total 19 slingshot shootings were reported. When police raided his home, they confiscated a slingshot as well as white stones he said he gathered from a Phetkasem Road gas station to use as ammo.

The man told police he quit his bus driver job last year as he wasn’t making enough money driving the number 75 bus, so he switched to driving a taxi in March. He drove rented taxis, so police impounded 3 of them for investigation for evidence. It is reported that he already confessed to the slingshot shooting.

Police stations at Din Daeng, Phahon Yothin, and Sutthisan Huai Kwang have jurisdiction over the attack areas and are investigating further. Phaiwan has been charged so far with causing damage to property, theft, and physical assault. He is in police custody but will be sent to undergo a psychological evaluation.