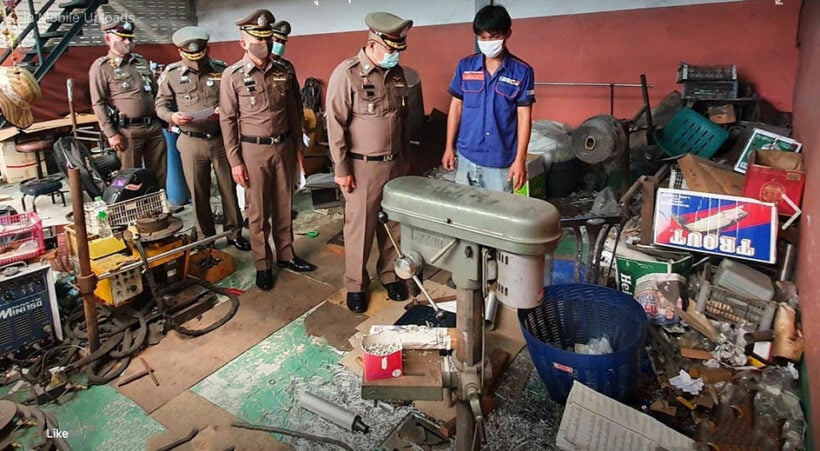 In an ongoing crackdown on illegally modified motorcycles and racing, police in the eastern province of Chon Buri raided a warehouse in the central city district this week, which they say is a root cause of the problem. Earlier this week, a team of provincial and Region 2 police raided a warehouse in the Bang Sai sub-district. This warehouse reportedly makes the illegal parts supplied to shops to supply to street racers.

The caretakers, 34 year old Banjong Phonchalee and 38 year old Phonthip Jaiprom, who claimed to be a daughter of the warehouse owner, were present. The pair were unable to present the Industrial Product Standards Certification and other licensing documents required for their field.

Authorities confiscated 35 illegally modified exhaust pipes and 12 machines used to create the pipes, as well as other tools and gear allegedly used in creating gear for illegally modifying motorbikes. Altogether, 883 items were seized, which police valued at around 500,000 baht. 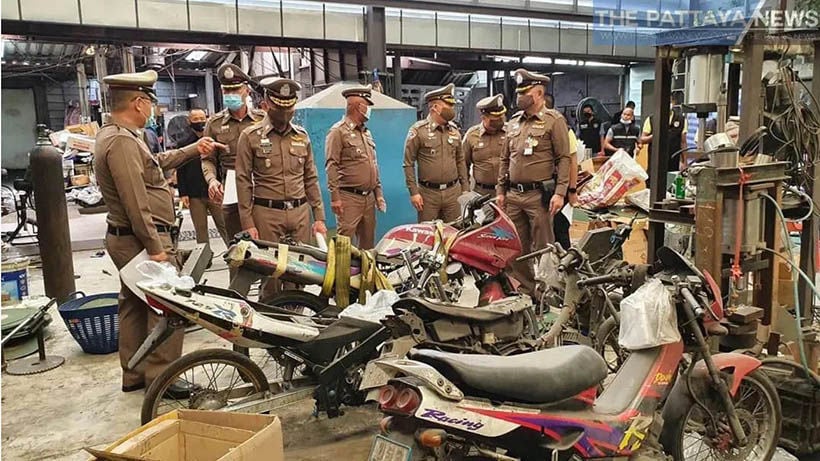 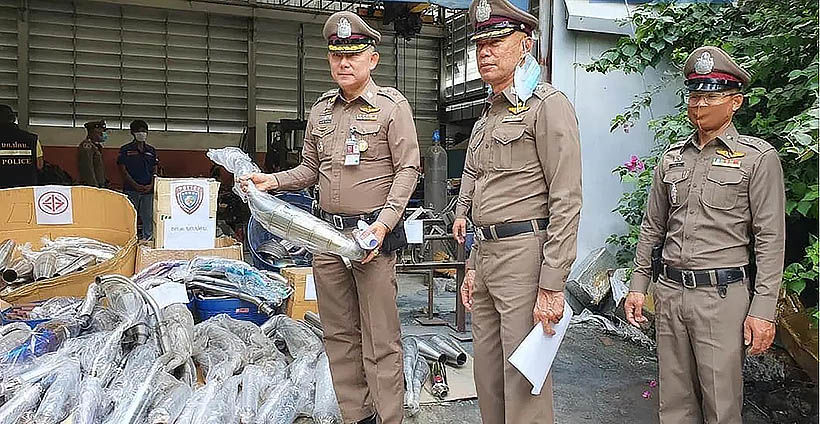 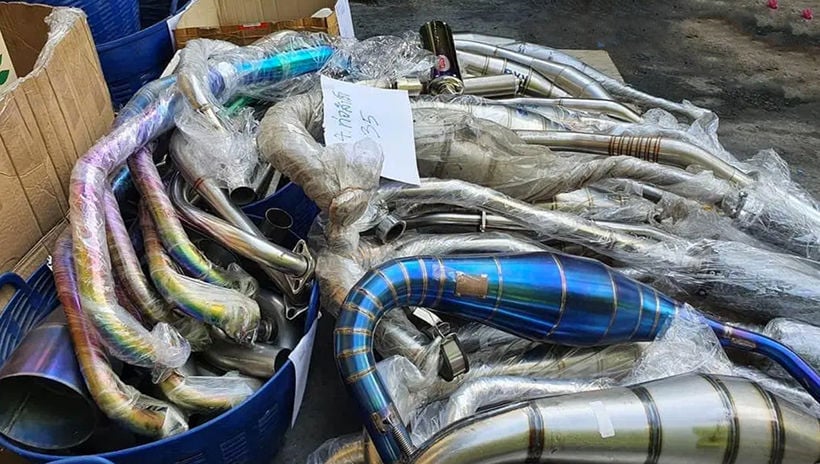