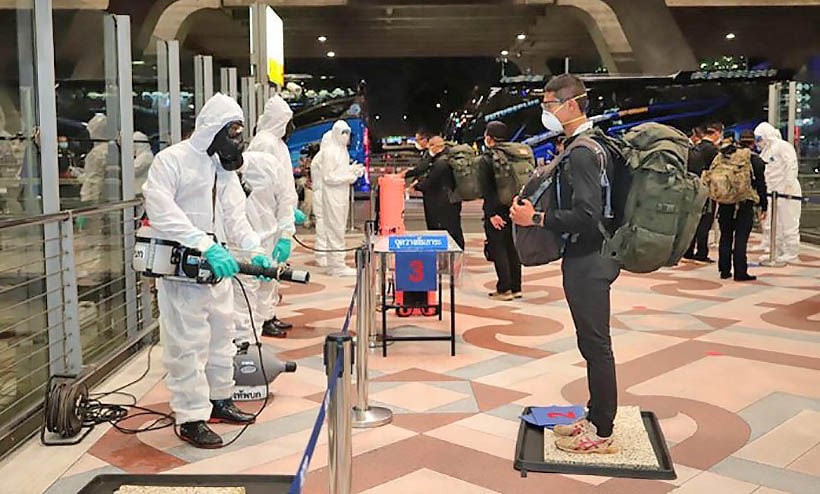 The Centre for Covid-19 Situation Administration today announced 10 new cases of the coronavirus discovered in the previous 24 hours, all returnees in state quarantine facilities. Spokesman Taweesilp Visanuyothin said this morning the new cases include one returnee each from Sudan, Pakistan, Germany and the Netherlands, and 6 soldiers returning from joint military exercises in the US state of Hawaii. All are  in state quarantine facilities and have had no contact with the general population

The new infections bring the total number of cases in the country since the outbreak began to 3,279. Taweesilp said 3,107 patients had recovered, including two discharged yesterday, making the recovery rate 94.7%. The death toll remains unchanged at 58.

In the eastern Rayong province all 12 people deemed at high risk of Covid-19 were found not to be infected after their latest test yesterday. They completed their 14-day quarantine period today, (made necessary by an infected Egyptian soldier who left his hotel and went to 2 malls in Rayong), and will be released on Saturday.

Brazil is second, with the number of cases rising to 2.3 million. Thailand now ranks 104th among 211 affected countries.