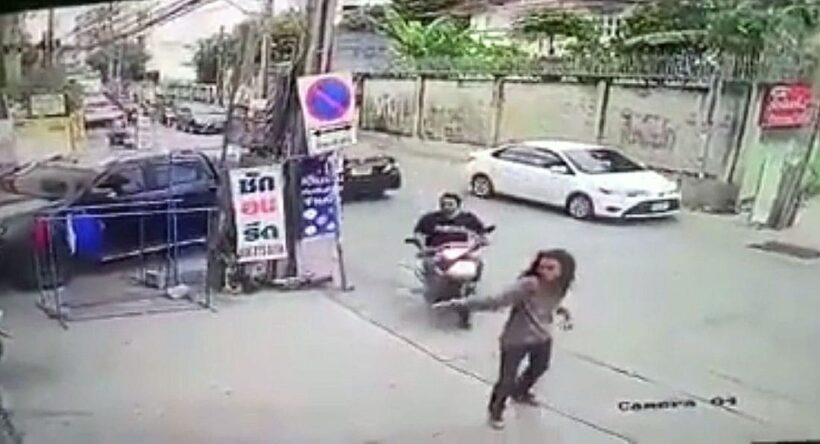 Police are seeking the arrest of two men over last Monday’s shooting of a rival gang in Soi Lasalle 19 in Bangkok’s Bang Na district.

The shooting was at around 5pm on Monday and started when Peerapol, with a 15 year old male passenger, collided on his motorcycle with a gang of 12 rivals with four motorcycles. The two teens were chased and cornered by the rival group who was about to attack them with knives. Peerapol pulled out a gun and shot at the rival group, who hid in a nearby apartment.

The Nation reports that Jaturong rode the motorcycle for Prasertsak to shoot at the apartment, breaking windows, slightly injuring several gang rivals and an apartment maid.

The maid, 39 yer old Pathum Sriprasert, who sustained minor cuts from a broken window, says five youths, three of whom were carrying knives, ran into the building. 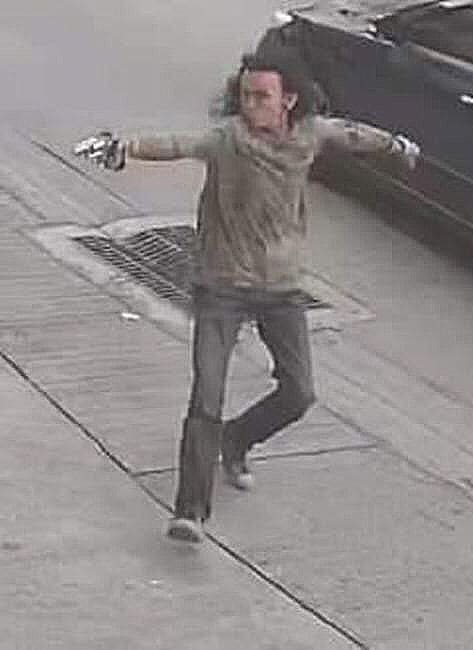