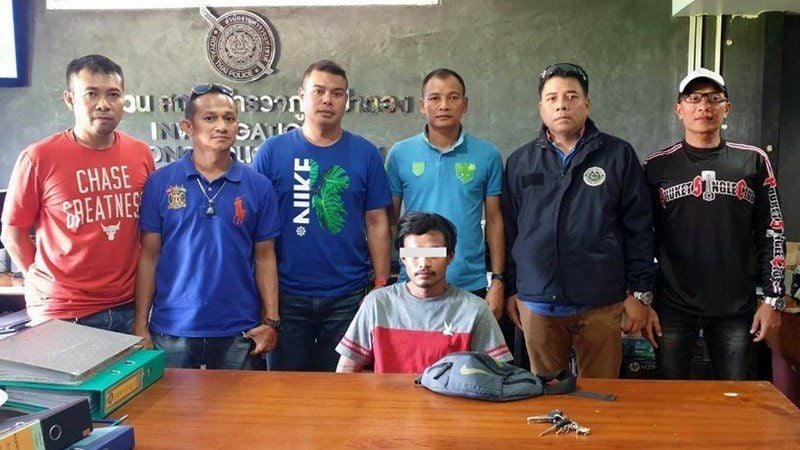 A 24 year old, wanted for a theft and robbery, including robbing hotel staff in Phuket Town at knifepoint, is now in custody following a Wednesday night arrest.

Phuket News reports that Provincial and Phuket City Police arrested Chanchai Chaona at a motorbike repair shop in Patong on Wednesday. He was wanted for two separate charges of theft and robbery, according to police.

Chanchai allegedly stole a mobile phone at a bar in Patong’s Soi Paradise, later robbing a hotel staffer at Phuket Town inn, threatening the staffer with a knife and making off with a mobile phone and a watch.

Two arrest warrants were issued by the Phuket Provincial Court on November 5. Chanchai was escorted to Patong Police Station and charged.