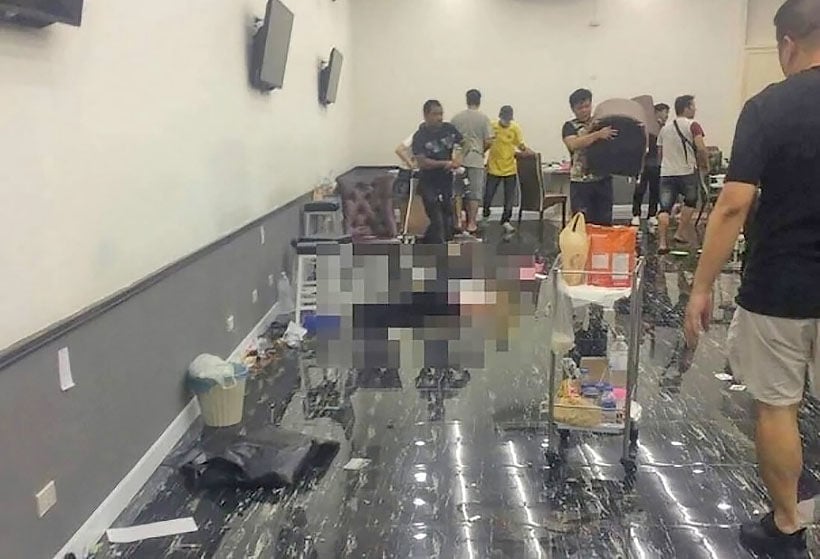 PM Prayut Chan-o-cha has says he will “spare no one” if Monday night’s fatal shooting shooting in a Bangkok gambling den involved illegal police activity. He was reacting to the shooting death of Watthanaset Samniangprasert, an interrogation inspector at Samae Dam police station in Bang Bon district, and 3 others, 1 of them a woman, at a gambling den in Yannawa district.

3 of those killed were shot by a losing gambler, who was then killed by another man now being sought by police. He’s believed to have fled through the back door of the building. The premier says any police officers who abused their authority in connection with illegal casinos or gambling will be punished.

“Yes, the prime minister has total authority to oversee the police. The bad eggs will face punishment. No one will be spared.”

His comments followed confirmation by Bangkok’s police chief that a man of Chinese appearance had shot dead Watthanaset and 2 other people. He said the shooter was then himself shot dead by another man, who fled the scene.

The casino was on the ground floor of a 4 storey commercial building surrounded by security cameras about 300 metres off Rama III Road. It had strong, opaque doors and access appeared heavily restricted. There were chairs and tables, and multiple monitor screens on the walls. There were about 60 gamblers on the premises at the time of the shooting.

A police source told reporters yesterday that the building has been rented out several times in recent years, most recently to a man named Tor, who opened what became a popular casino. Neighbours said the den often “happened to be closed” when authorities raided it, only to reopen afterward. They didn’t hear Monday night’s gunfire because the room had acoustic insulation.

The police chief said yesterday that Watthanaset was not in the room on official duty and had not been assigned to bust the den, and that at this stage police suspect a personal feud motivated the shooter. Watthanaset’s superior said the slain officer had a weakness for gambling.