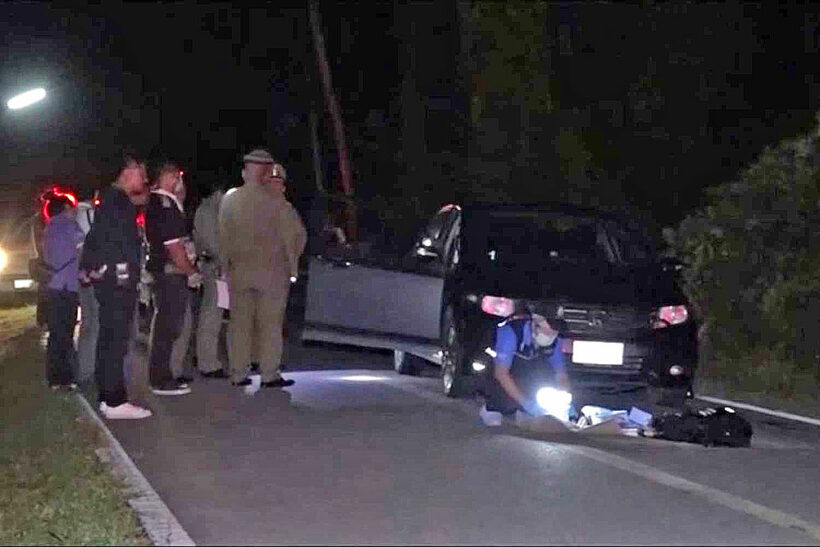 A 26 year old teacher has surrendered to police and confessed to the murder of his ex-girlfriend. She was found stabbed to death in her car in Songkhla province, southern Thailand, on Thursday. The violent murder, on the Koh Taeo-Sam Kong road in tambon Koh Taeo was reported to police in the morning.

The blood-stained body of the victim was found in the front passenger seat. Her head was still resting on the dashboard of a black Honda City. The car was registered in her name in Krabi.

Natthaphat Somkid was escorted by family to Songkhla police station. He was the suspect in the murder of 29 year old teacher Soontree Samutararat, but has since confessed his crime to police.

Police took him back to the crime scene to look for the murder weapon. He told police he threw the knife into some roadside trees.

Police report that the victim was stabbed eight times, in the face and torso, and the severity of the wounds pointed to intense anger. A pair of woman’s shoes was left on the driver’s seat of the man’s car. Investigators found blood on the road, but no murder weapon, according to the Bangkok Post report.

Eyewitnesses say they heard a man and a woman quarrelling from inside the parked car before the woman ran from the vehicle.

Police believe Soontree fled from the car but was stabbed nearby and collapsed. Natthapat then took her back to the car and put her in the passenger seat.