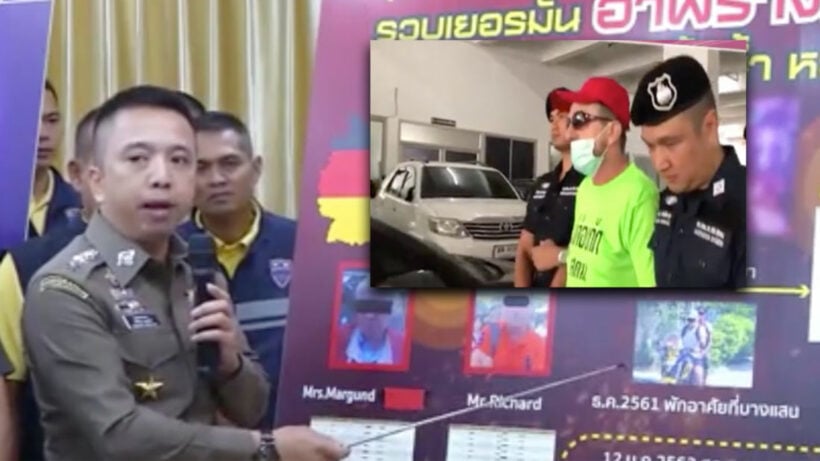 A German man who has overstayed his visa has been arrested in Pattaya in connection with the death of a German woman found dead in a canal in Chonburi province.

The Pattaya News reports the dead woman as 77 year old Marg und Schaefer and says she ran a bar with the man who was taken into custody on Tuesday.

The alarm was raised when Ms Schaefer’s family in Germany contacted German police when they were unable to contact her. German authorities then contacted the police in Thailand, who tracked down the man after finding his visa had expired in June 2017. He is believed to be 52 years of age and known only as Mr Richard.

It’s understood the arrested man is also facing fraud charges in his home country and fled to Thailand after allegedly conning several elderly women out of more than 6,000 euros.

Police have questioned his Thai girlfriend, who claims Ms Schaefer died in January after falling in the bathroom. She says Mr Richard then disposed of her body in a canal in Chonburi, adding that he had been spending the German woman’s pension fund on a daily basis.

A warrant was issued for the man when Ms Schaefer’s body was found in the canal on January 12 and he was eventually tracked down to a rented house earlier this week. He denies all charges against him.

It’s understood the police will be using DNA testing to confirm how Ms Schaefer died.

Hotel guest in Chiang Mai runs up bill of nearly 50,000 baht before fleeing