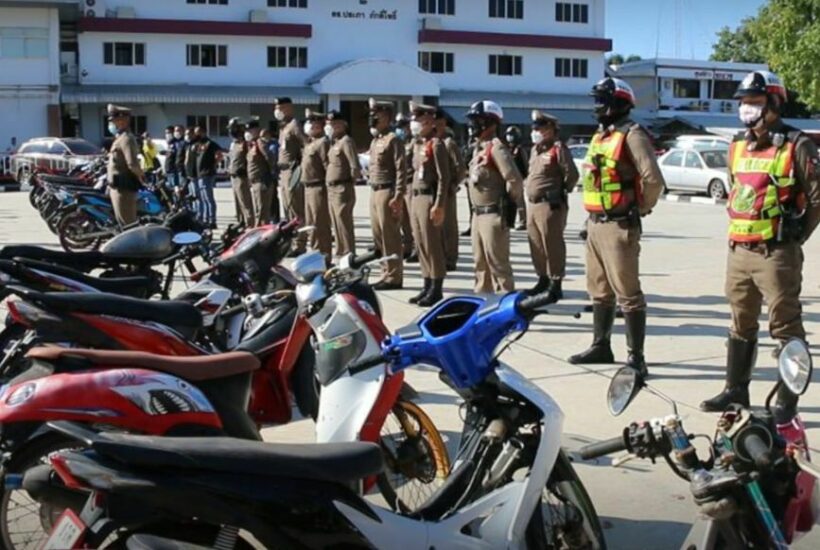 In a nationwide, 10-day crackdown on illegal street racing, Thai police arrested nearly 1,000 people and confiscated around 20,000 motorbikes and cars. The National News Bureau of Thailand reports that the Thai government is also pushing to amend the Land Traffic Act to include an “attempted racing” offense for gathering near public roads to participate in races.

Royal Thai Police Deputy Commissioner Damrongsak Kittipraphat says PM Prayut Chan-o-cha has ordered the police to crack down on street racers. In the 10-day effort, a total of 922 people were arrested. Many teenagers under 18 were involved in illegal racing and 2,575 parents were given probation because their children participated. The owners of 182 vehicle modification and accessories shops also face charges.

Following the crackdown, the deputy police commissioner says officers plan to suppress street racing by raising awareness about penalties for street racing and collaborating with social media influencers and YouTube vloggers to help spread the word. With many teenagers involved in illegal racing, police plan to work with the Department of Land Transport to provide a restorative justice programme for teens who have been caught racing.

The Benefits of Having Comprehensive Car Insurance