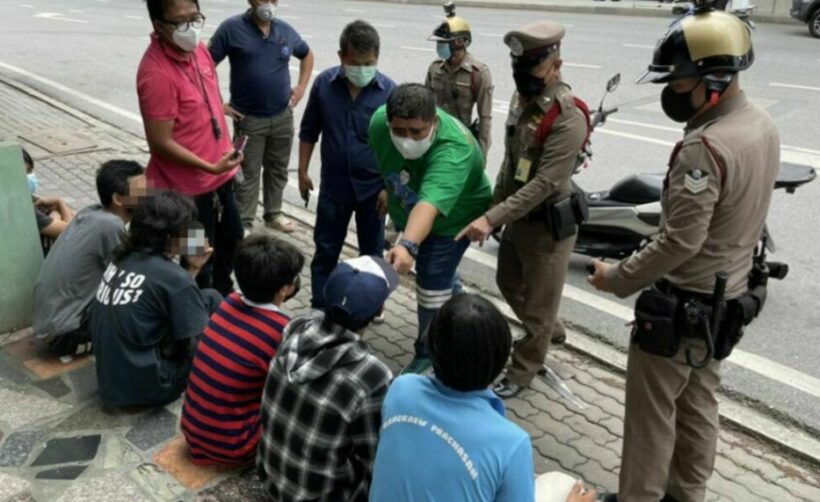 A group of around a dozen teenagers were arrested for possession of knives and explosives. The Mathayam level, or high school, students were approached by police as they were allegedly waiting to confront students from another school. The students, ages 15 to 18, were seen off Sukhumvit Road in Samut Prakan’s Pak Nam subdistrict, just southeast of Bangkok.

Police searched the students and found several large knives as well as so-called “ping pong bombs.” The small bombs are often handmade and sometimes filled with gunpowder or nails. The students were arrested and taken to the Mueang Samut Prakan police station.

Bluesofa
Just now, Dedinbed said: Takes too long .. much quicker with a strimmer ..  That must be some bush. Brings tears to someone's eyes.

gummy
1 minute ago, Dedinbed said: Takes too long .. much quicker with a strimmer ..  Well depends on growth, might need a brush cutter or should that be a bush cutter ?

Dedinbed
Just now, Bluesofa said: That must be some bush. Brings tears to someone's eyes. Unfortunately her name wasn't Kate ..

Dedinbed
4 minutes ago, gummy said: Well depends on growth, might need a brush cutter or should that be a bush cutter ?   Has to wear a box doing the borders to provide a bit of cover for the 'erm…