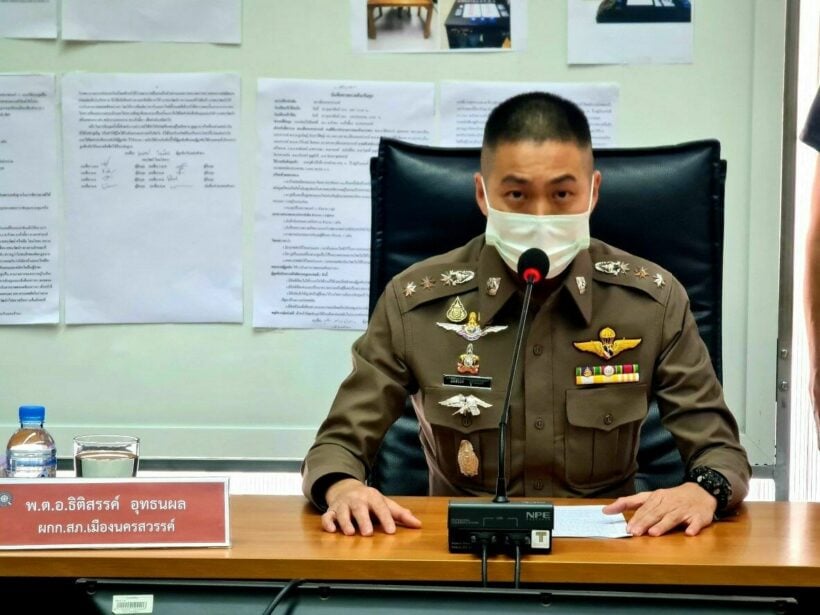 Along with criminal charges for allegedly suffocating a suspect to death in an attempt to extort 2 million baht, the former police station chief in Nakhon Sawan, Thitisan Utthanaphon, and six of his subordinates now face charges for committing disciplinary offenses while on duty. The Police Serious Disciplinary Review Board filed the complaint against the seven officers. According to Nation Thailand, the officers have a right to appeal within 15 days.

The 41 year old ex-cop, known as Joe Ferrari, for his collection of expensive cars, along with six other officers are being held at Bangkok’s Klong Prem Central prison, according to Nation Thailand. Video surveillance footage shows the officers placing plastic bags over a man’s head and beating him as he fell to the ground. The death was written off as an amphetamine overdose, but a recent autopsy report shows the man died from suffocation.

The case of alleged police brutality and bribery has raised calls for reform. The CCTV footage from the incident were shared online and the lawyer who released the video told AFP reporters he shared it to stop police “helping each other to get away” with murder.

“Many people may think that interrogating suspects using black plastic bags no longer goes on because times have changed… But this case shows that in reality it still goes on in secret.”

Thitisan’s extravagant lifestyle, especially for a cop in a rural area, as well as his past relationships with celebrities drew attention after his arrest. AFP says his personal fortune is estimated at around US$18 million… but the cop reportedly made a police superintendent’s salary of 40,000 baht a month, which is around US$1,195. Local media reports that Thitisan owned luxury mansion in Bangkok and a fleet of 42 top-end cars including a US$1.5 million Lamborghini Aventador.

Senior officers told Thai media that the officer’s wealth came from auctioning hundreds of imported luxury cars seized by Thai customs, but activists are calling on an investigation into alleged money laundering.

Antoinette
Great reporting! Great news broadcasts!  Great presenter's! Greatest English Up-to-date news crew in Thailand!  Thanks for keeping it real and expanding!
Thaired
The first step in diluting the severity of the crime. It will end up as a minor harrassment charge

Soidog
11 hours ago, JohninDubin said: This article should beg the question as to how this cop was able to flaunt such obvious wealth for so long, and nobody raised an eyebrow.  Yes, you’d have thought his nickname was a dead…
Malc-Thai
2 hours ago, Soidog said: Yes, you’d have thought his nickname was a dead give away. The phrase “Thick as planks” comes to mind.  Keystone cops !
RichardR
Where is Thitisan Utthanaphon. Last I hear was Aug 27 the court allowed for him to be held 22 more days.  It is October now. Is he still in jail, is he sentenced is he free?  I can not find…