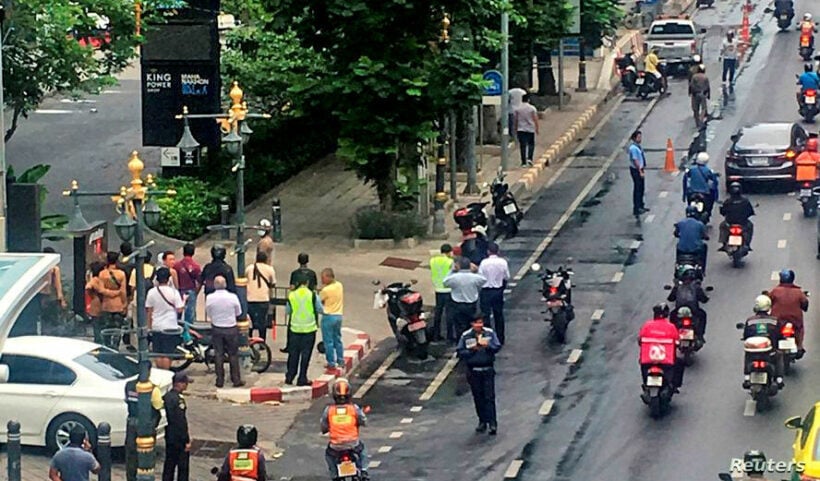 Three suspects are now in custody after being arraigned in the Bangkok Criminal Court yesterday. They had 11 charges read relating to the explosions around Bangkok in early August when the city was hosting an ASEAN Summit.

They were taken from Bangkok Remand Prison and arraigned in the Criminal Court on Thursday. They continue to deny all charges. The three were remanded in custody. Their next appearance in court will be on December 16.

The general thrust of the police prosecution case is that the attackers carried out the attacks in retribution for deaths of insurgents in the seep south, and that the bombings were politically motivated. They say the timing of the attacks co-incided with an ASEAN meeting in Bangkok for foreign ministers to embarrass the government.

The deputy director-general of the Department of Criminal Litigation says police investigators had submitted their case report on the bombings to prosecutors last August.

Attorney-General Wongsakul Kittipromwong had decided to indict three suspects on all counts recommended by police.

The three defendants, along with another 18 other accomplices, are accused of planning and carrying out bombings at various locations in Bangkok and Nonthaburi at the start of August this year. Read The Thaiger report at the time HERE.

They are accused of planting two bombs in front of the Royal Thai Police HQ on Rama I Road on the evening of August 1, but the bombs were discovered and safely defused, according to the police report.

They’re also accused of a bomb blast at the Office of the Permanent Secretary for Defence in Nonthaburi, and planted four bombs at the government complex in Chaeng Wattana.