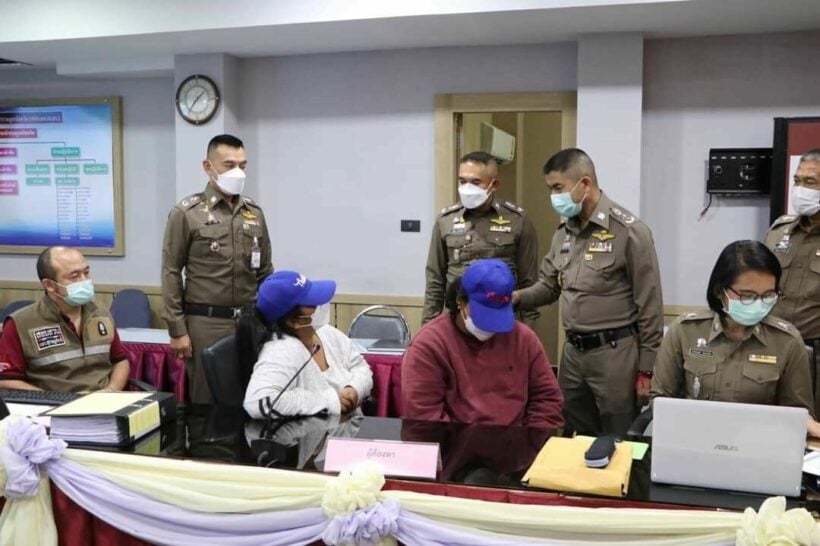 Seven people were arrested for allegedly having sex with underage girls in the southern province of Surat Thani. A 14 year old girl also faces human trafficking charges for allegedly enticing other teen girls into prostitution. With one of the suspects being the son of a politician, Police Lieutenant General Surachate Hakparn, known as “Big Joke,” says all suspects will be charged accordingly, no matter who they are.

Police were called to a hotel in Surat Thani over a fight between two teenage girls. Police investigated and say they discovered a 13 year old girl was offering sexual services. Upon further investigation, officers found five other teenage girls between the ages of 14 and 16 who they say were tied up in the sex trade.

Police are still searching for another suspect. Big Joke added that officers believe there are many more suspects and victims as the teenagers have allegedly been offering sex to men for a year.

Big Joke says one of the teenagers later turned admitted to police that she lured other girls in to sex work. Officers say that although she was also a victim, she will face criminal charges for persuading the girls into prostitution. Five more girls said to be involved in sex work are now under the care of Surat Thani’s Social Development and Human Security.

Cabra
The only thing surprising about this was that there were no monks involved.
KhunG
12 hours ago, Soidog said: Exactly. Why does it even need to be said that all suspects will be charged no matter who they are? It’s called Policing in normal parts of the world. BS. May I draw your attention…
Bangkok
Poor underage women forced into the sex business because the economy is poorly managed by a incompetent government.

Poolie
25 minutes ago, Bangkok said: Poor underage women forced into the sex business because the economy is poorly managed by a incompetent government. That's a stretch if ever I heard one. 😃

Soidog
3 minutes ago, Poolie said: That's a stretch if ever I heard one. 😃 I don’t think it’s a stretch at all. Low standards of living is what generally drives prostitution in all countries. Why else would a young woman…