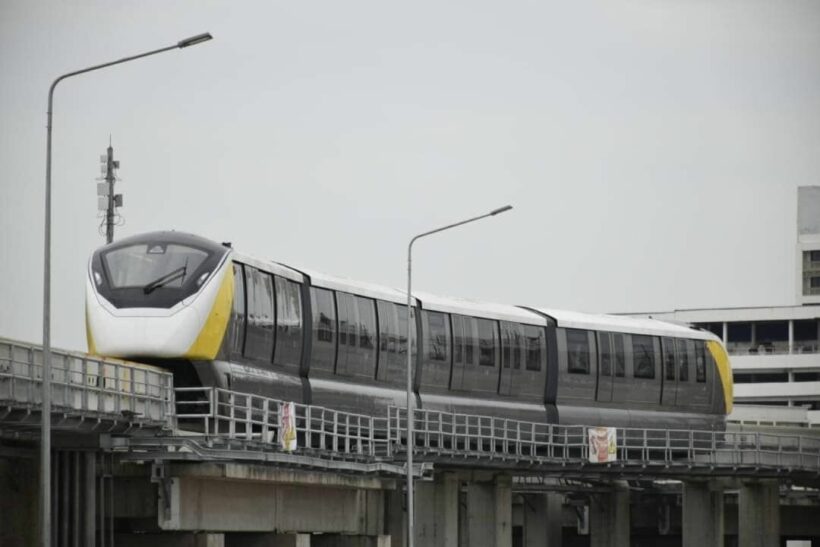 Due to construction material complications, the debut of Bangkok’s two new electric rail lines, the Yellow and Pink lines, scheduled for later this year, is likely to be pushed back until no later than next year, according to Bangkok Mass Transit System.

The delay will give contractors extra time to deal with obstacles and hurdles in importing construction materials from other countries, which the Covid-19 outbreak over the last two years.

The organisation will ask the Thai Mass Rapid Transit Authority to prolong the timeframe for launching the two lines by another 677 days. Service on the expanded lines will begin no later than 2023, in the worst-case scenario.

The Pink Line, which is around 34.5 kilometres long, was around 85% finished as of last month, while the 30.4-kilometre Yellow Line was 90% completed. BTSC will aim to speed the completion so they are available for use by the end of 2022. The two lines were meant to be in service last year, but due to the virus outbreak, they were pushed back.