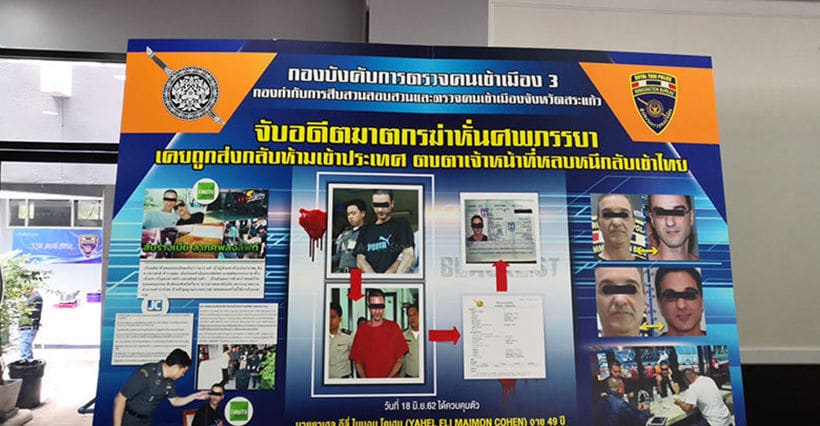 The immigration chief told media yesterday that an Israeli man convicted for dismembering his wife and dumping her body parts back in 2004, has been caught in Sa Kaew’s Aranyaprathet district, near the Cambodian border, at the Rong Kleua market.

49 year old Eli Cohen was sentenced to life in prison in December 2004 for murdering his wife, cutting her up and putting her remains in a suitcase. He then dumped her in the Phadung Krung Kasem canal in Bangkok. He was released under royal pardon after seven years in Thai prison and deported back to Israel.

At the time of his latest arrest, police say he had a new passport with the name ‘Yahel Eli Maimon Cohen’.

The immigration police chief said Cohen confessed he had changed his name so he could return to Thailand, after having failed four times under his old name. According to news outlet, INN, Cohen had returned to Thailand on a tourist visa and was trying to get work with a foreign company.

Cohen told immigration police that his love for Thailand brought him back and also because he feared for his life in Israel. The immigration chief confirmed that Cohen will be deported, again, soon.