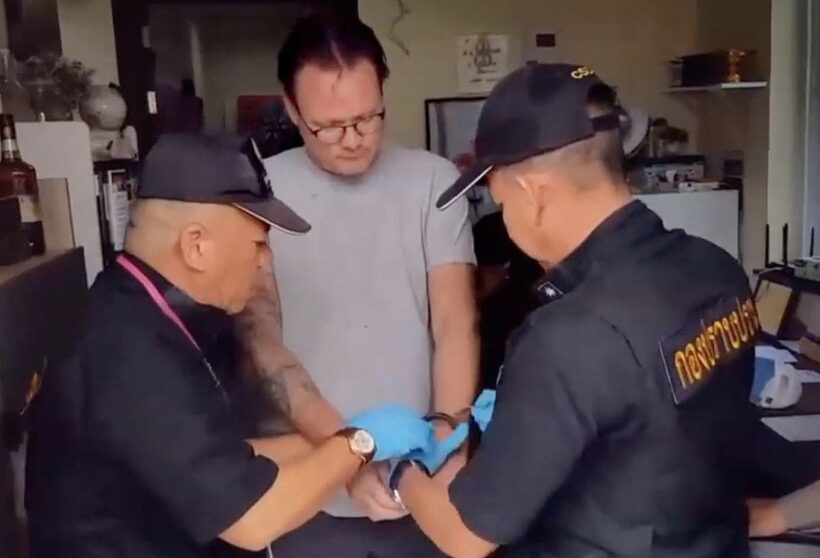 He was arrested on Koh Chang, far eastern Thailand near the Cambodian border. Police seized electronic devices and computers, allegedly used in the fraudulent activities relating to his arrest.

Thai police were acting on an Interpol red notice alleging that Karlsson had defrauded more than 3,500 victims of US$11 million.

According to Manager Online, Karlsson admitted to officers that he originally set up a legitimate cryptocurrency investment website but was forced to close the site after the business started to rack up huge losses. But, according to the US Department of Justice, Karlsson was representing himself fraudulently to victims in a scheme to scam potential investors. The report cited one website, easternmetalsecurities.com, which was registered to a fake ID and advertised shares in a product called a “Pre Funded Reversed Pension Plan”.

Karlsson is alleged to have used the site to defraud customers into purchasing shares in the plan for an eventual payout in gold. But complainants allege the funds provided by victims were transferred directly into Karlsson’s personal bank account and have since been used to purchase real estate in Thailand.

He is accused of defrauding 3,575 victims of more than US$11 million.

Karlsson will now be extradited to the US. He had been living on Koh Chang with his Thai wife for eight years.