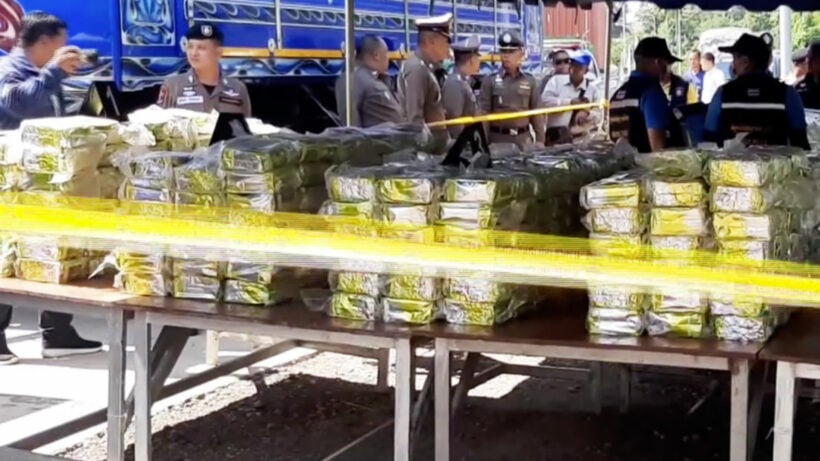 The chief of Thailand’s national police, Suwat Jangyodsuk, has called an investigation into allegations that 2 senior officers were involved in a 2019 drug smuggling operation. The claims were made during last week’s censure debate, when opposition politicians alleged that a police colonel and a lieutenant general played a role in the trafficking of 1.5 tonnes of crystal methamphetamine discovered in the northern province of Tak in October 2019.

Manu Mekmok, deputy national police chief and head of the National Command Centre for Combating Drugs has been put in charge of the probe. He will work alongside the chief of the Narcotics Suppression Bureau, Montri Yimyaem, with both officials expected to report on their findings by the end of this week, according to a source mentioned in a Bangkok Post report.

The report goes on to say that police spokesman Yingyos Thepchamnong has addressed the allegations made during last week’s censure debate, saying it was difficult to prove the involvement of police officers in drug smuggling, but investigators would do their best to establish what happened.

Meanwhile, the administrator behind a Facebook page called Sanap Sanun Patibatkan Tamruat (“We support police operations”) has been hit with a defamation suit by the commissioner of the Central Investigation Bureau, Torsak Sukwimol. Torsak has assigned Ekkasit To-adithep from the CIB to file the charge, which claims the Facebook page posted a photograph of Torsak, accompanied by misleading information in relation to his alleged role in the 2019 drug smuggling case. It’s understood Torsak has already been investigated in relation to the case and cleared of any misconduct.