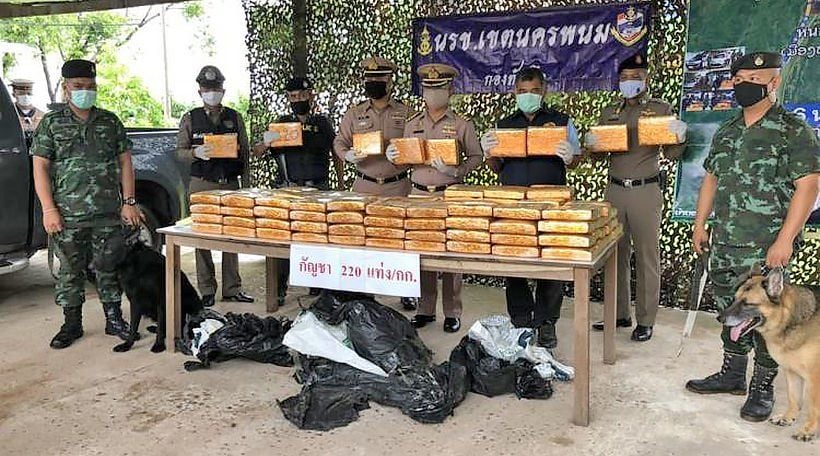 A combined government force arrested 2 men last night on a Mekong riverbank in the Tha Uthen district of the northeastern Nakhon Phanom province, with 409 kilograms of compressed marijuana. An army spokeman said today the action followed the seizure of about 70,000 methamphetamine pills (known as “yaba”) in Tha Uthen district last week.

Documents obtained in the earlier operation led to the bust late last night when the 2 men, named as 30 year old Komkai Saenchai and 25 year old Thirapol Saen-sa-ard, both from Tha Uthen, were arrested on the Mekong riverbank near Ban Kaeng in tambon Nong Thao.

The suspects reportedly confessed they were hired for 10,000 baht to deliver the drugs to clients inside the country after it was smuggled over the river from Laos.

Nakhon Phanom has long been a smuggling hotspot for marijuana, due in part to its porous border with Laos – an activity which has increased since the Covid-19 pandemic robbed many in the poverty-stricken province of their livelihoods.