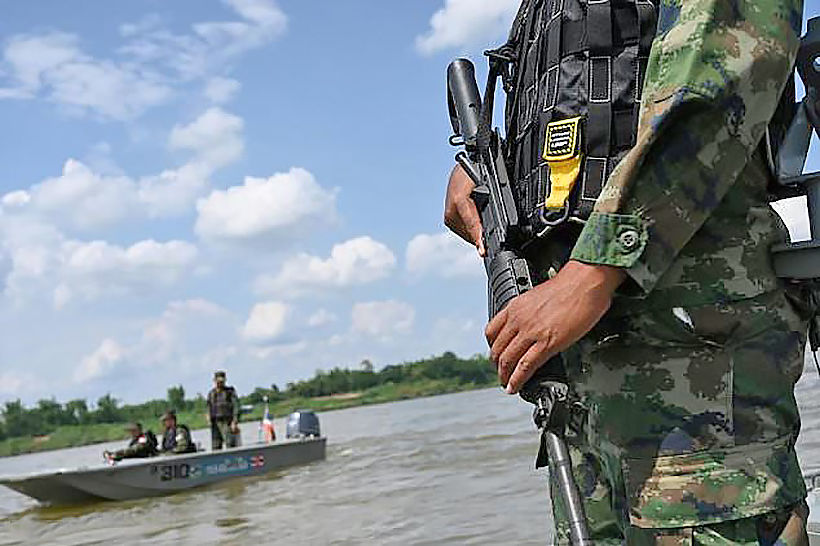 Police in Isaan’s Nakhon Phanom province say they’ve arrested 2 men with 42,000 methamphetamine pills (“yaba”) and 100 grams of crystal methamphetamine (“ice”) in their possession, and seized their assets. The deputy provincial governor identified the pair as 29 year old Vichai Niwongsa and 45 year old Veerapong Ngaonoi, both from the Tha Uthen district.

He says authorities followed the pair’s activities for a considerable time before obtaining solid evidence, leading to their arrests with last night. Police also seized several gold necklaces from the suspects, 500,000 baht in cash and title deeds to 29 rai of land, which they suspect was acquired through the drug trade.

Authorities say Veerapong is a Mekong river fisherman who acted as a go-between for a drug ring in Laos, to smuggle drugs on a longtail boat across the border to Vichai, allegedly a major drug agent in Nakhon Phanom. Veerachai was reportedly paid about 50,000 baht for each delivery. The Lao border at Nakhon Phanom is well known for drug smuggling activity.

Authorities are tracing the pair’s’s financial records, which could potentially lead to more arrests.