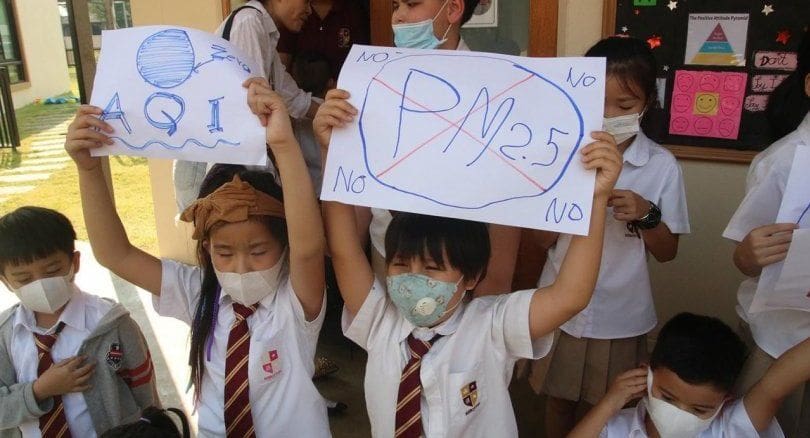 A Chiang Mai air-pollution safe zone proved to be not that ‘safe’ according to a medical lecturer. The level of PM2.5 very fine particles was found to be very high INSIDE the designated area.

But the problem was soon resolved later in the day.

Dr Rungsrit Kanjanavanit, a lecturer in medicine at Chiang Mai University, posted a picture of him holding a portable PM2.5-measuring device yesterday, which read the level of PM2.5 inside a designated air-pollution safe zone at Chiang Mai International Exhibition and Convention Centre and showed a shockingly unhealthy level of AQI of 172, or 98 micrograms per cubic metre of air.

Even though the measured level of PM2.5 inside the safe zone was considerably lower than the PM2.5 level outside, which reached as high as 292 mcg, such a high indoor PM2.5 concentration is far higher than both Thailand and the World Health Organisation’s safe standards of 50 mcg.

“I think the problem is the size of the room is too big for the air purifier to properly filter out PM2.5 from the air inside the room,” Rungsrit said.

But Paskorn Champrasert from Chiang Mai University’s Centre of Excellence in Natural Disaster Management moved in to fix the problem yesterday afternoon. He confirmed at 6pm that the safe zone had been returned to a PM2.5 dust level below the safety limit.

Last Friday Chiang Mai Governor Supachai Iamsuwan ordered the creation of safe zones in every district of the province, to serve as places of refuge for people to seek shelter from the very hazardous smog situation outside. 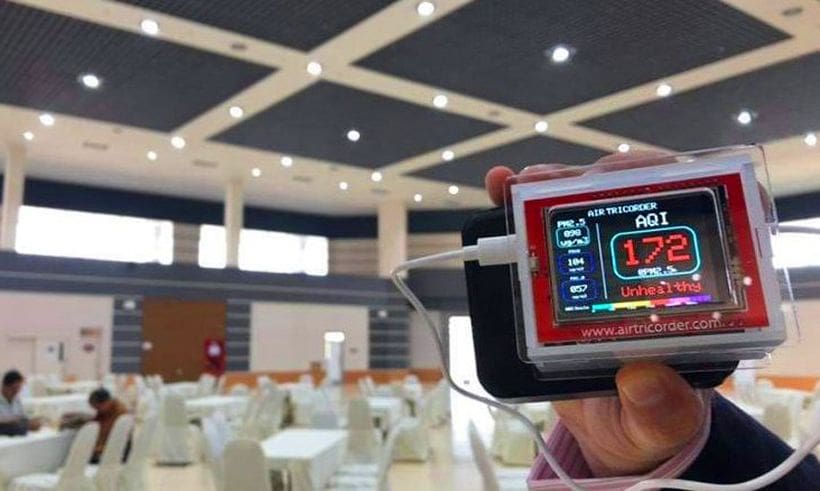