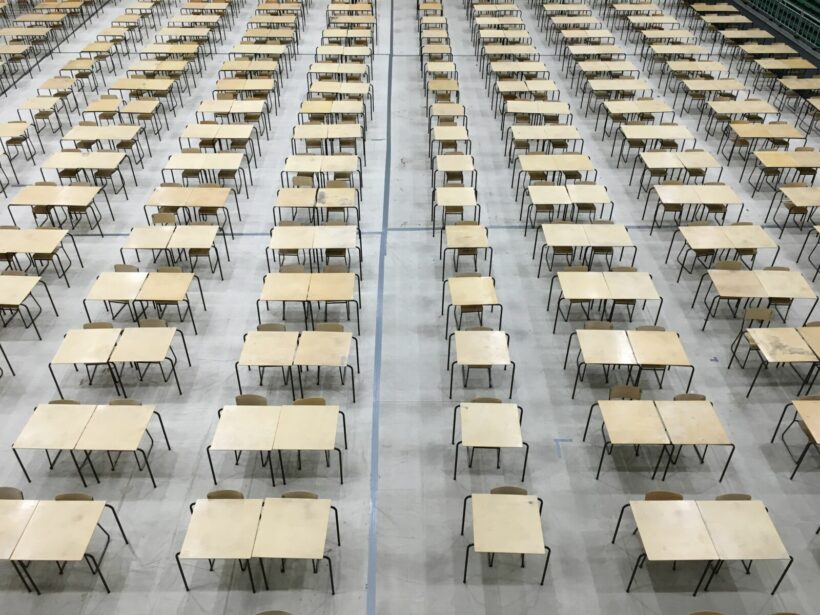 Around 1,000 Thai students have failed their exams to get into university after an exam supervisor told the students that they didn’t have to write down their names and serial numbers on their exam sheets. They believed what he had said and followed the instructions. Unfortunately, the Council of University Presidents of Thailand declined to mark their exam papers since they did not follow the official guidelines which require students to write their name and serial number on their exams.

After failing and getting zero points for failing to follow the official verification guidelines, a group of students has asked Minister of Higher Education, Science, Research and Innovation, Anek Laothamatas to look into the results of their university admission examinations.

The scores for the General Aptitude Test (GAT) and Professional Aptitude Test (PAT) for students looking to get into university, which took place all over Thailand last month, were announced last week.

The exam was split into two groups, Thai and English, both with a maximum score of 150. However, some students were horrified they were given a zero on the Thai section of the GAT exams.

A student representative said she tried to enter her dream university for 4 years and now she has to wait another year to retake the exam. She is requesting agencies to recheck the exam papers and support them in getting the scores required to study at their selected universities.

The CUPT has spoken to the exam supervisors after an outcry from nearly 1,000 students, according to the manager of the Thai University Central Admission System, saying that there was an honest misunderstanding.

The supervisor responsible misunderstood the students question if they should sign their names before exiting the examination session. They had run out of time and were unable to make any changes. The same situation wasn’t confined to one city or one exam location, but all over Thailand.

AdvocatusDiaboli
1 hour ago, Vigo said: Easy to insult and criticize the students, but the exam sponsor had a responsibility to provide clear and explicit instructions. I doubt that the harshest critics have seen the specific Thai exam form. I know…
HiuMak
sabotage to the students.
Ferretkeeper
17 hours ago, Pinetree said: If they are that dumb , then they deserve to fail. A great weeding out test I would say. Even I remember having to use my student examination number and that was I was young…

IneptoCracy
Follow up please, did any of the students pass, with out the brown paper bags being handed out?
Fanta
Stupid is as stupid does.